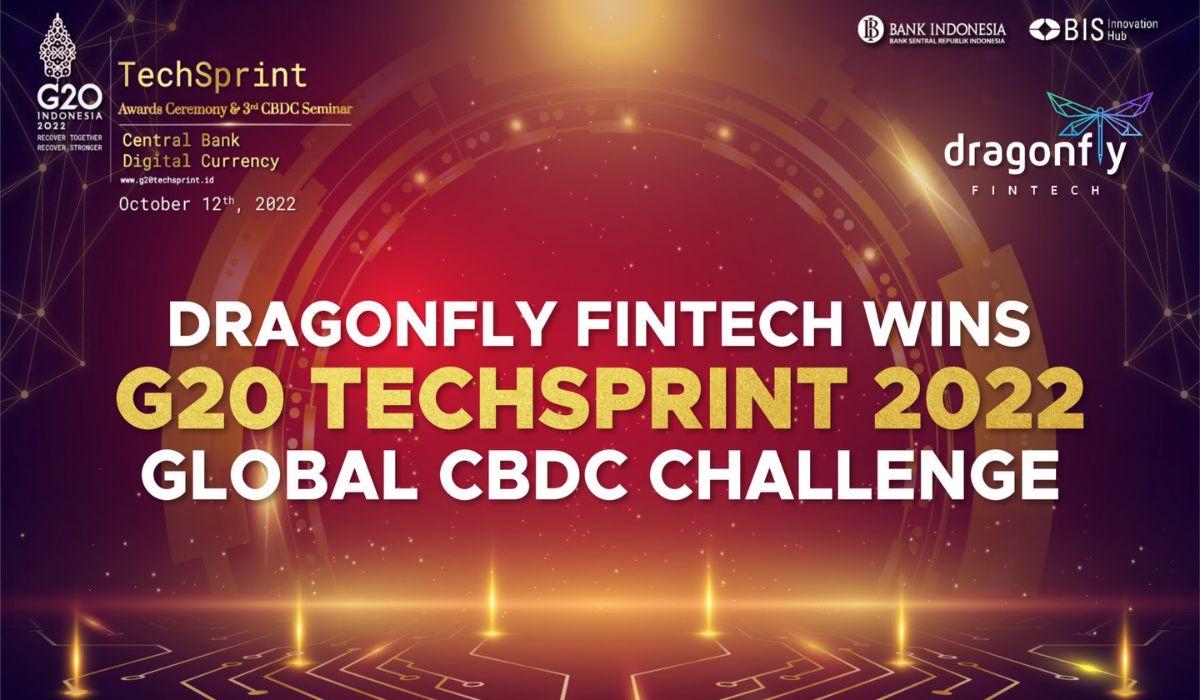 The announcement was made last week by the Bank of International Settlements (BIS) Innovation Hub and the Bank of Indonesia in a live awarding ceremony in Jakarta.

Dragonfly won the coveted “Effective and robust means to issue, distribute and transfer CBDCs” category ahead of many notable companies, including some Fortune 500 companies. Other finalists for this category included Ripple, BitMint, FIS, R3, Roxe CBDC, S.e.A, and Mastercard Asia Pacific.

This was the third time the TechSprint competition was hosted, bringing together 100-plus applicants from across the globe. These companies developed and submitted innovative, best-in-class CBDC solutions for the competition. The competition had eleven judges who thoroughly evaluated the submitted proposal. The competition also featured other categories, including “Enabling Financial Inclusion and “Improving Interoperability.”

While announcing the winner for this year’s competition, Cecilia Skingsley, Head of the BIS Innovation Hub, said:

“This TechSprint has allowed us to improve our practical work on CBDCs. These technological solutions add to the central banks’ toolbox and provide a springboard for the further development of CBDCs. Our heartiest congratulations to the winning teams.”

For the competition, Dragonfly presents a production-ready solution that showcases an effective and robust way for the issuance, distribution, and transfer of CBDC for wholesale and retail users. The submission had key notable elements, including nCore, a proprietary blockchain infrastructure developed by the Dragonfly team for digital banking. The infrastructure enables regulatory compliance, control and privacy, interoperability, and direct correspondent banking.

The solution also suggested an independent central bank-controlled network that allows the central bank to securely issue and distribute CBDC, complete oversight over CBDC in circulation, and execute monetary policy.

Giving his thoughts on the optimal implementation for CBDC, Lon Wong, Dragonfly’s founder and CEO, stated:

“For any country to embark on CBDC, I believe an implementation must be able to converge with the existing web of legacy financial systems. The financial burden for a significant CBDC rollout, especially for a vast and spaced-out archipelago like Indonesia, should be minimized through distributed and decentralized technology, preferably in a cloud environment, enabling the lowest possible cost of ownership with no single point of failure.”