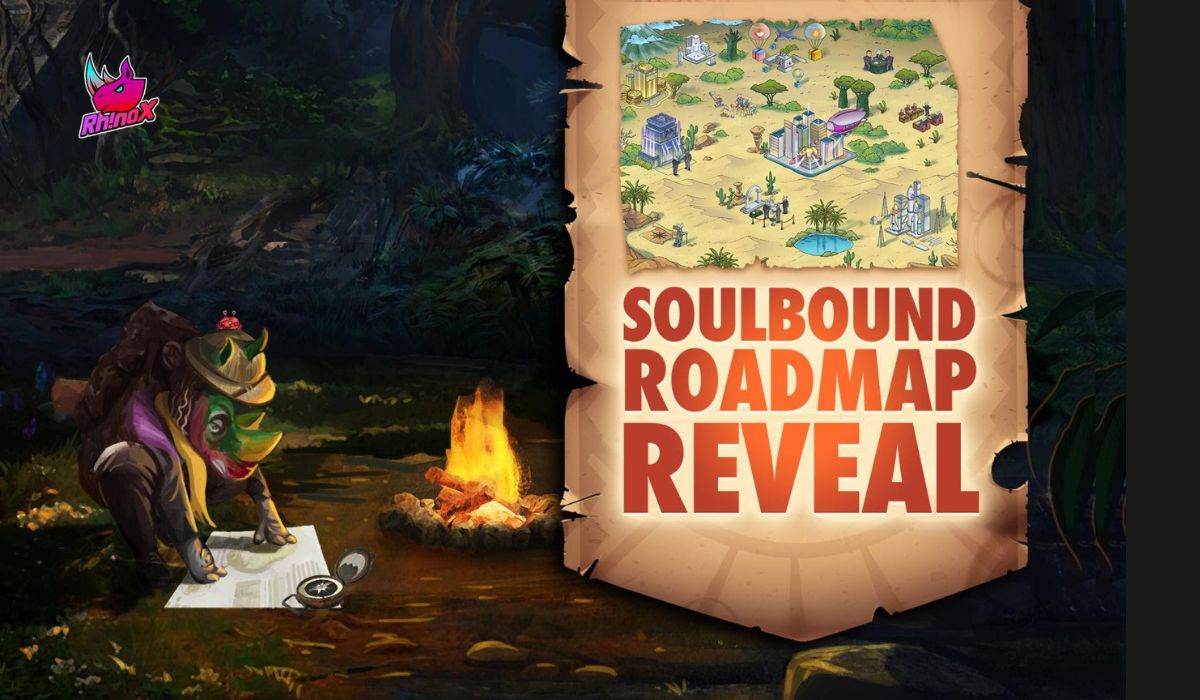 BinaryX, a GameFi development platform, has launched its official RhinoX roadmap, unlocking new and exciting use cases for the Soulbound tokens.

The roadmap reveals ambitious plans by the RhinoX team to develop a soul-breeding mechanism. Through this mechanism, the team hopes to provide existing RhinoX token holders with the ability to breed second Gen NFTs from their existing NFTs.

Vitalik Buterin, Ethereum’s co-founder, first introduced soulbound tokens. He envisioned a concept that would create a blockchain-based NFT that could be used to represent an individual’s identity in the metaverse.

Inspired by this concept, the RhinoX team launched their fit iteration of RhinoX NFT, the 1st generation Soundbound NFT. These NFTs are designed with a behaviour analysis model and a credit rating system to track critical user data. A reward mechanism is then applied depending on the user’s level of activity and milestones achieved.

Per the roadmap, the RhinoX team plans to introduce the holder’s ability to breed new 2nd generation NFTs. There are currently 10000 first gen RhinoX NFTs sold out earlier this year in June. Notably, the 2nd gen NFTs will be called Baby RhinoX and have different use cases. Users can use these NFTs for asset collection and social identification, with more use cases to unfold in the coming days.

While commenting on the RhinoX project, Chun, Global Head of Business Development at BinaryX, explained:

“Personalisation is key to self-identification. We want RhinoX to be a canvas for creative designs to come alive. We hope that with the ability to personalize the NFT, RhinoX holders will feel a greater sense of ownership to the NFTs they own.”

The roadmap also reveals plans for RhinoX’s new social platform called RhineT. This social platform is designed to provide users with a safe space to connect and interact with other users on Web3. In addition to chatting and connecting with others, the platform will allow users to borrow other users’ NFTs collections. The team also plant s to establish cross-chain interoperability to enable data transfer between RhinoX and other NFT projects. However, this development has been sent to the latter half of 2023.

“These are hard times for the NFT market, but there is a silver lining – we are pushed to innovate and create a more sustainable environment for our RhinoX holders. We look forward to introducing the new features to our holders, and we’re excited to be the first platform to work towards this.”