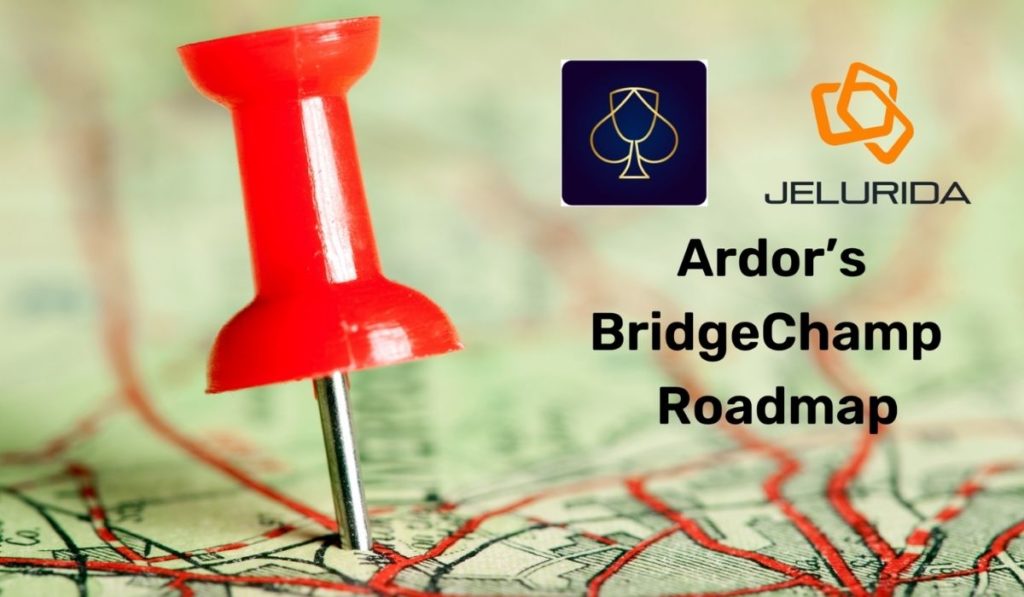 Jelurida-backed project BridgeChamp, a blockchain-based gaming platform has published the roadmap to its official launch that is expected later this year. According to Barak Lieberman, BridgeChamp’s founder, and evangelist, the long-awaited app will integrate the latest gaming technologies to give users not only seamless connectivity but also a thrilling experience.

“We are excited to present the roadmap of the most innovative contract bridge online website and app launched in the last 20 years. Integrating modern UI, social elements, blockchain NFT, and utility tokens can disrupt the existing casual gaming ecosystem and revitalize this otherwise stagnant market,”

The BridgeChamp developers are responding to a huge demand in the online gaming industry fueled by the coronavirus pandemic. Notably, in a survey conducted by the American Contract Bridge League, approximately 20% of Americans know how to play the Bridge game. Whereby, around 5 million have been playing the game regularly or intermittently.

According to the BridgeChamp developers through a press release from Jelurida, the roadmap is expected to run through the end of 2021. Ostensibly, the developers anticipate officially launching the gaming application that is set to be compatible with all types of devices by the fourth quarter.

BridgeChamp was conceived earlier last year to combat the challenges facing the Bridge players around the world, particularly due to the coronavirus social distancing aspect. Notably, a significant portion of the application has already been developed. Whereby the developers focused on the user interface element during the first quarter.

Other features that have already been worked on include the infrastructure to enable bridge tournaments, registering players, and making BridgeChamp available via mobile. Moreover, the developers have been testing on the already finished work to ensure a successful finished product by the end of the year.

During the second quarter of 2021, BridgeChamp developers anticipate onboarding blockchain technology. Besides, the team expects to work on token issuance through the BridgeChamp application. Moreover, the developers will introduce the in-game economic aspects. As a result, all of the BridgeChamp results will be recorded on the blockchain technology thus making them tamper-proof. During the same period, the team will add tournament features to the application, alongside social integrations for video, audio, and text-based chat.

During the third quarter, BridgeChamp developers anticipate launching the beta application. The beta version will encompass an open API layer to enable third-party developers to integrate with the gaming application.