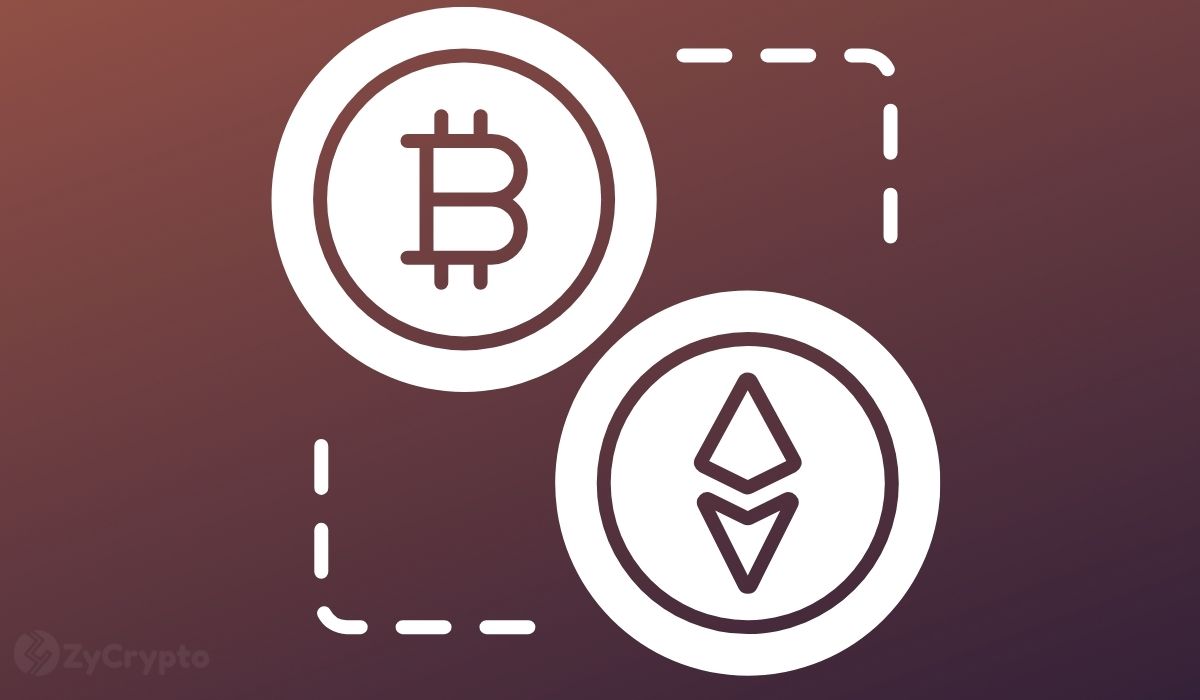 Ethereum, the world’s second-largest cryptocurrency by market capitalization, is set to come out ahead of Bitcoin in the next bull market, according to Bloomberg’s senior macro strategist Mike McGlone.

Despite Bitcoin and other risk assets deflating considerably in the past year, McGlone noted in the latest market outlook report that Ethereum exhibited more resilience, suggesting that it “may be a top candidate to continue outperforming the firstborn crypto.”

Since tapping all-time highs in November 2021, Bitcoin and Ethereum have dropped roughly 76% and 75%, respectively. Notably, Ethereum’s annual volatility is about 1.3x that of bitcoin. Thus, while Ethereum is still deeply undervalued, McGlone noted that at a ratio of 0.08, the ETH/BTC cross rate remained the same as in May 2021 when the Nasdaq 100 Stock Index was about 20% higher, tilting ETH towards resuming appreciation if volatility tells us anything.

“Our graphic shows the trend of the No. 2 crypto outperforming No. 1, which appeared coincident with the rise of risk assets. This year’s 30% drop in the Nasdaq is part of a receding tide, including about a 65% decline in Ethereum to Dec 16,” he wrote.

According to the pundit, Ethereum’s resilience and projected outperformance against the top crypto-asset are largely tied to mainstream adoption.

“Migration into the mainstream is our key takeaway and once the dust settles from some reversion in risk assets amid inflation pressures, Ethereum is more likely to resume doing what it has been—outperforming,” Glone added.

Ethereum has been at the centre of focus in the past year as crypto adoption gathers steam globally. Although the crypto was modelled like bitcoin in its early years, Ethereum went a step further and now powers a wide range of applications through smart contracts -becoming a darling to institutions, developers and enthusiasts who believe that it’s a valuable altcoin with real-world use cases.

In the past year, thousands of projects and companies, such as PayPal, have enrolled their services on the network seeking to make a footprint in the Metaverse, Non-fungible tokens (NFTs) and decentralized autonomous applications (DAOs).

The demand for Ethereum has largely been depicted in the rise of its market dominance. In 2021, Ethereum’s market dominance rose as high as 22%, suggesting it could “Flippen” Bitcoin at some point.

Ethereum’s migration from Proof-of-Work to a more eco-friendly Proof-of-Stake consensus blockchain earlier this year has also boosted its appeal to governments and institutions worldwide as the push for lesser carbon footprints rages on.