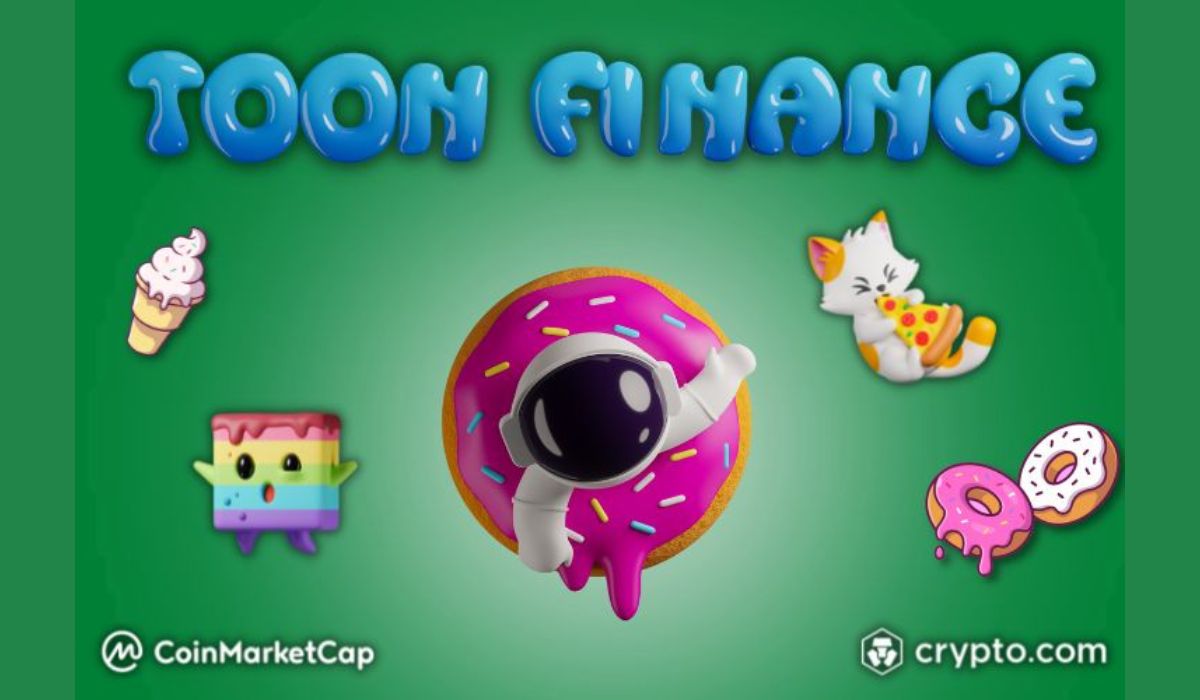 A year ago, if you had asked anyone what the coolest NFT collection was, they would have replied with Cool Cats, as they were the most popular NFT collection. The average price for just one of these avatars was more than $90,000 in 2021. Of course, such a high price is one of the top reasons enthusiasts moved to the Toon Finance presale.

However, the new CEO of Cool Cats left the company after three months, and since then, the prices have gone lower than ever. Now, many people know that this collection doesn’t have much value, and they are moving to Toon Finance. Here is everything you need to know about it.

A team of four people created the Cool Cats NFT project in 2021. As soon as the collection was launched, it became number three in no time on the ranking charts of OpenSea. The collection became so famous that it was right behind Bored Apes and CryptoPunks.

The project is a collection of 9,999 randomly generated NFTs, and each Cool Cat is made up of a unique trait. Because of this, more than Three hundred thousand possible combinations contain unique features. These include clothing items, glasses, hats, facial hair, face, body, and more.

Some of these cats are also rarer than the rest. The cool cats worth more are known as exotic, classy, or wild. If you have one of these cats, then you have a rare NFT on your hands.

What Is The Reason For The Popularity Of Cool Cats?

You might wonder why the Cool Cats NFT project became so popular in no time. One of the top reasons for this popularity is celebrity endorsement. Just eight days after this NFT collection was launched, it was endorsed by Mike Tyson as he changed his Twitter profile picture to a Cool Cat.

Other celebrities also followed in his footsteps, and some top Cool Cats owners include Steve Aoki, Reese Witherspoon, and many others. Of course, everyone wants to jump on the bandwagon when a celebrity has endorsed a certain product. This is why the project exploded in popularity in no time.

Another reason for this popularity was the price. The Cool Cats NFT started at a low price of $150, which meant that many people could purchase the NFTs without any issues. Soon, the prices rose to at least $1,000 per Cool Cat.

So, people that infused in it early on reaped the most benefit. However, holders are now flocking to Toon Finance coins because they are no longer getting such returns on the Cool Cats NFTs.

What You Get As Part Of The Cool Cats Community

While the main aim is to get their hands on the NFT, there are also many other reasons they ingrain in a project. For example, many want to be part of a community offering them high returns. When the project came out, the trading volume was high, celebrities jumped on the bandwagon, and there was a lot of enthusiasm around this project.

Of course, because of this, a community was centred around the project and what it had to offer. The platform opened Cooltopia, the complete ecosystem of the Cool Cats. New adherents were given a warm welcome in Cooltopia.

The creators of this NFT transformed the ecosystem to ensure that you receive a gamified NFT experience to connect with the rest of the NFT owners of the Cool Cats. The people in this ecosystem had access to airdrops, priority for minting, access to events, and much more.

The community was also incredibly active in contests, raffles, and much more. The holders of the Cool Cats NFT finally had a voice and a community where they could share their concerns and exchange views with other NFT owners. Of course, as adherents are moving to Toon Finance, the community is no longer active.

This happens with most NFT platforms, as new ones keep coming out, so the old ones die out. However, the community is still active, as some people don’t want to let go of their Cool Cats NFTs.

Now that you know about the Cool Cats NFT, it is time to understand the Toon Finance coin and what it has to offer. It is the latest meme coin and NFT project that has taken the digital world by storm. You can join this meme coin and become part of their live presale as soon as possible.

The coin comes with a decentralized platform where you can list NFTs, trade cryptocurrency, and do much more. Such a platform has been missing in the NFT market, and Toon Finance is filling the gap. This is why many Cool Cats NFT holders are moving towards Toon Finance.

The platform will also release a set of ten thousand unique NFT characters that people can opt for. These characters will be part of the Toon universe of the platform. So you can get your hands on it as soon as possible to make the most use of it.

Most Cool Cats NFT holders are moving to the presale of Toon Finance. Of course, there are many reasons for this, and the top ones include the following:

One of the best things about the Toon Finance presale is that it is incredibly affordable. You can purchase the coin without breaking the bank, unlike the Cool Cats NFT. That is because the Cool Cats NFT requires an acquisition of at least a few thousand dollars or even more, depending on the type of Cool Cat you want to purchase.

2. Comes With A Decentralized Exchange Platform

An important part of the Toon Finance presale is the Toon Finance Protocol. This is the decentralized exchange platform by the team where you can easily trade NFTs, exchange cryptocurrency, and do much more. The best feature of this platform is that it doesn’t have any central authority that has to approve your financial transactions.

Of course, this is just the beginning of the journey for the Toon Finance Protocol. You can find the roadmap on the website, giving you a much deeper insight into what you can expect. Once you have this information, you can make an informed decision.

The team will also release 10,000 unique NFT characters as part of their presale. These will be airdropped to the people with the Mint passes. Cool Cats holders are moving towards Toon Finance presale because they want to get their hands on these unique NFT characters.

Finally, the Toon Finance coin is new, which means it has a lot of room for growth and potential. This is also why Cool Cats NFT holders are moving towards the presale. They want to be part of this project from the beginning because they know it will reap high bonuses later.

If you also want room for this growth, you can be part of the Toon Finance presale. The future projections look excellent, and you can count on them.

So, be sure to visit the Toon Finance website and learn more about what their roadmap will look like.