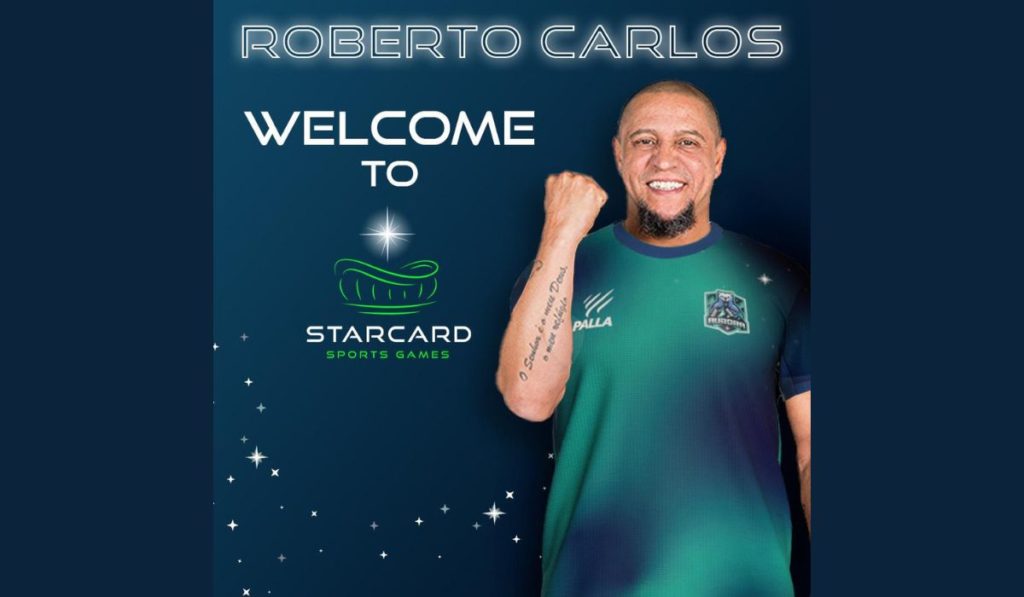 The Legends platform has been launched by StarCard Sports Games (SCSG), the developer of the play-to-earn football (soccer) video game New World Football Alliance that combines blockchain technology with social effects and environmental activities. This is a series of relationships between SCSG and some of the most recognisable figures in football history, like Ashley Cole and Roberto Carlos, both in real life and in-game. These collaborations will be reflected in the upcoming StarCard Sports Games game, “New World Football Alliance,” as well as in the development of NFTs and the worldwide organisation of real-world events.

SCSG bridges the digital gap between real-life athletes of all levels and their digital avatars as the first social impact play-to-earn (P2E) gaming platform. The data-driven platform used by SCSG collects actual player performance information and uses it to improve in-game performance. The $ARC engine, based on SCSG’s scalable and robust digital economy, enables users to gain in-game cash and “stake” it in exchange for benefits in the real world. By tokenising their identities as NFT-based avatars and enabling players to engage in a $ARC-backed NFT marketplace, SCSG’s platform unites professional, amateur, and young athletes. This results in real-world and in-game rewards, such as apparel, equipment, and other performance-enhancing items.

Ashley Cole and Roberto Carlos are well-known figures in world football. Therefore, SCSG’s association with them implies far more than just having their likenesses scanned into a computer game. Among the best football players in history are the two Legends. Together, the pair have played for their national teams in over 230 matches, have competed in six World Cup tournaments, have won nine domestic crowns, and won four UEFA Champions Leagues. Players will be able to compete with the Legends’ avatars in-game, but they will also be able to go to live events, and AMAs, and buy autographed NFTs that come with corresponding tangible goods.

Roberto Carlos – “I’m so excited to partner with StarCard Sports Games and to be a part of the ‘New World Football Alliance’ Metaverse and game. I can’t wait to engage with football fans and gamers in a whole new way. This isn’t just another game or another simple NFT project. SCSG is building the future of interactions between athletes, fans, and gamers. I’m also proud to support a mission-driven project that is putting social impact front and center.”

Steve Schechter, CEO of StarCard Sports Games said: “SCSG is the home of football Legends in the Metaverse, period, we expect to have all of the greatest football players in history here, as our platform allows them to further interact with their fans in new ways and further monetize their likenesses, all within a social-impact focused video game. It’s a win-win.”

SCSG will announce the New World Football Alliance’s full roster of Legends in the upcoming weeks and months. There will be legend NFTs for sale on the ARC NFT Marketplace. This Friday, July 29, 2022, SCSG will begin its maiden NFT drop. Digital and physical features of the Palla Diamond Radar Ball include a 2-day meet and greet event in London, England, where NFT holders can converse with the Legends and watch an English Premier League game.