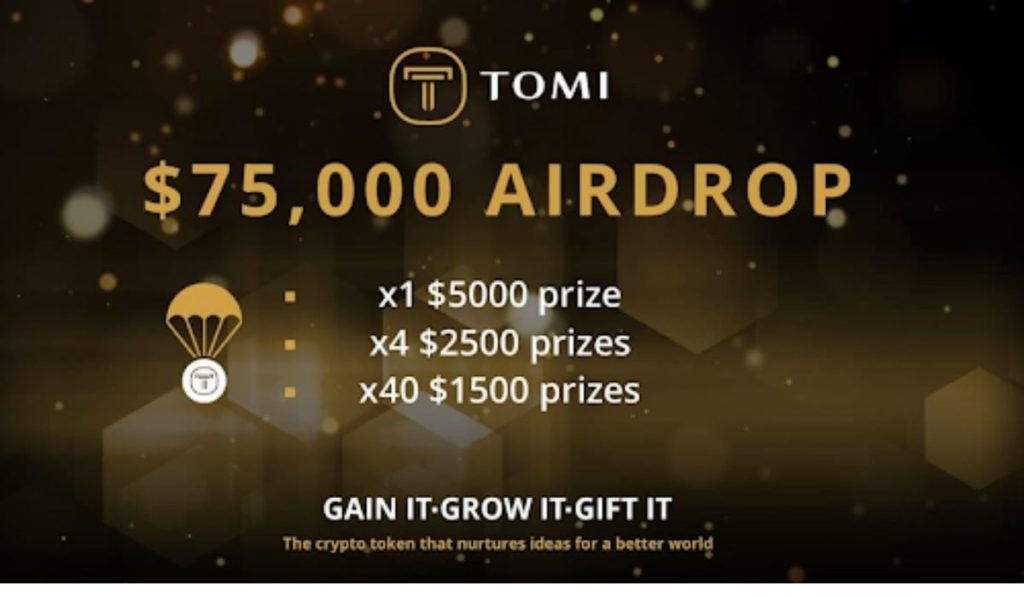 Tomi, a cryptocurrency and blockchain project in its commitment to financially impact the world and massively broaden participation in its system, has announced plans to airdrop $75,000 in TOMI tokens.

Since the launch of the Tomi ecosystem, the project has been exploring the industry while marking huge success at every development it makes. The rate of increasing interest in the project and the acquisition of the token has been alarming for a young project.

The NFT sale and IDO it conducted prior to the airdrop plans was also a success. Thus, the platform is considering opting for something more huge to further attract the interest of more onlookers. It has decided it will airdrop $75,000 in TOMI tokens to 45 lucky winners.

The team behind the platform revealed that more than 45 people will be opportune to earn the chance to be freely involved with Tomi’s ecosystem with very easy steps via the airdrop. Interested participants are required to follow the few easy steps below to earn a chance to become a lucky winner;

It further unveiled that all winners will be announced throughout the airdrop to keep building excitement.

“Tomi will announce up to 8 winners every two days, with the final five winners being unveiled right at the end of the airdrop timeline. Participants can re-enter the competition if they tag three different people on social media.”

In a bid to improve the adoption of the ecosystem while also bringing more value to the TOMI token, the platform had given highlights on its plan to launch TOMISwap and TOMIFundMe.