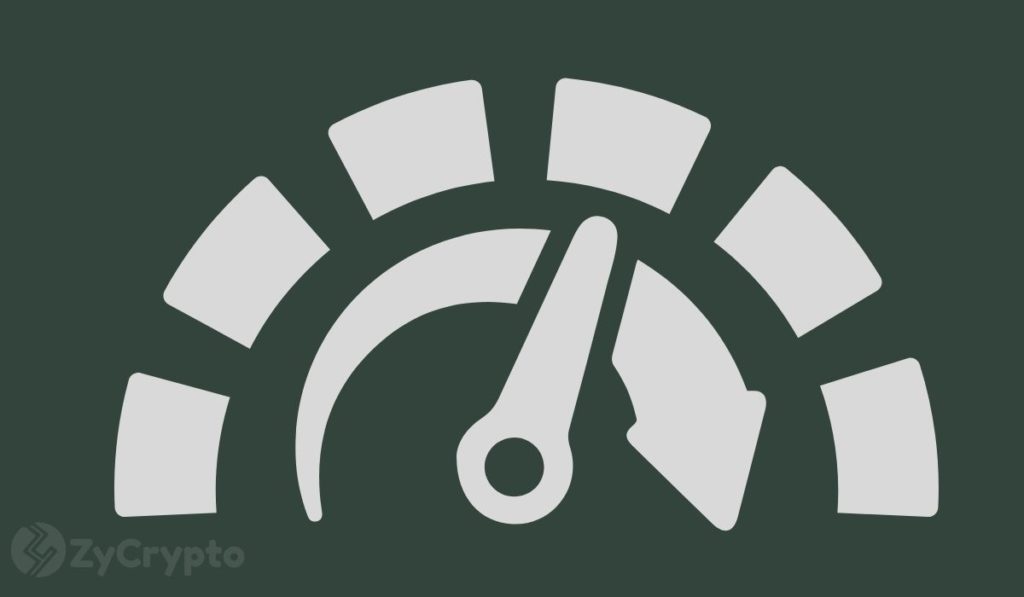 According to a Bloomberg Intelligence report released this week, the dominant cryptocurrency Bitcoin is swiftly working its way up to become the new digital gold. This is evident in a chart showing the performances of both assets in which bitcoin has patently been outperforming the metallic asset.

Bitcoin over the years has been gaining more recognition as investors have flocked to the digital asset. “Bitcoin in 2021 is transitioning from a speculative risk asset to a global digital store-of-value”, said the Bloomberg report dating March 2021.

The CEO of Microstrategy also chimed in, affirming satirically that Bitcoin was indeed taking over. “The Bitcoin Dragon is devouring the Kingdom of Gold.” He tweeted.

The Bloomberg report which speculated the crypto remaining in the $40,000 to $60,000 threshold would most likely attract responsive buyers at the rate of US$40,000 and increasing demand with a mix of limited supply over time is bound to influence a surge in the value of the currency to $100,000 in 2021.

Recent developments have confirmed the likelihood of this prediction coming about as Tesla – the world’s largest automaker by Market Cap – has shown a growing interest in the digital asset reserve, MicroStrategy stating its support for the currency, Square mentioning that bitcoin sales contributed most to its revenue source the past year, and Meitu, Inc. purchasing Bitcoin worth US$17.9 million for its treasury. The interests from these business giants are capable of influencing an increase in the price of the cryptocurrency and facilitating its acceptability in the global markets, against Gold, which is fast becoming a weak rival.

The inflation concerns in the past week have influenced the fall of most assets, including stocks. Nonetheless, bitcoin and other cryptocurrencies have remained steady — strangely flat.

Last month, the US Treasury Secretary Janet Yellen backed the idea of digital dollar research in a New York Times conference, as opposed to the opinion of Steve Mnuchin – her predecessor. Citigroup alongside other investment banking giants has noted that bitcoin is potentially taking over, stating that the digital asset could be “the currency of choice”.

On the other hand, the metallic liege lord keeps getting hammered down as a result of the increasing interest rates in the United States as well as its prices struggling in Indian markets.

Noting all these, it is not out of place to predict the potential dominance of Bitcoin in global markets, overthrowing the despotism of the metallic king.