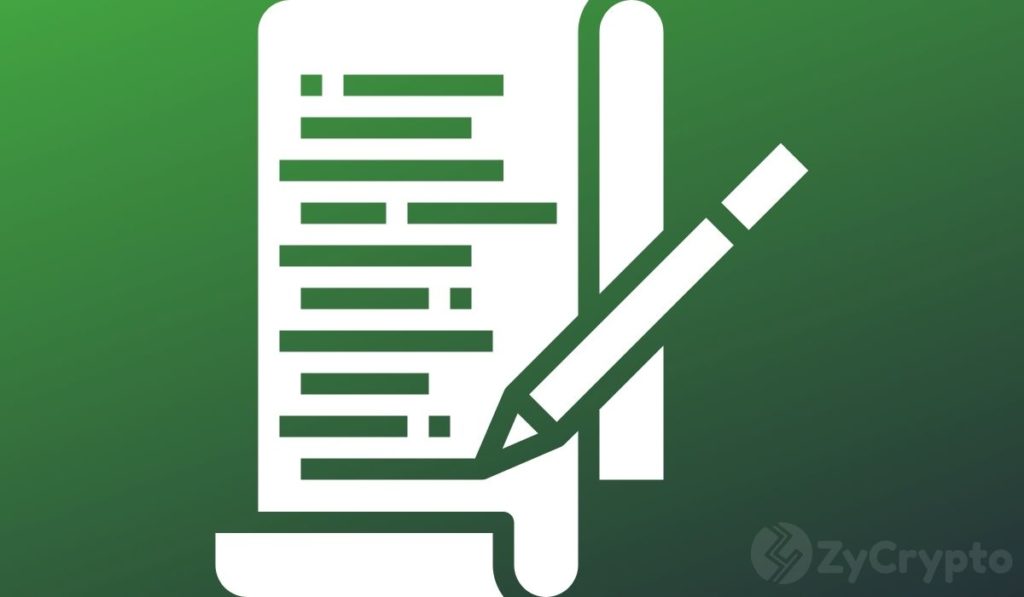 Coinbase has written to the US Treasury to confirm whether it plans to adhere to the recent directive by President Biden’s administration to withdraw with immediate effect its part of the last-minute regulatory proposals by the previous Trump Administration.

“Today, @coinbase wrote to @USTreasury to confirm that they will follow @Potus executive order to pause all “Midnight Regulations proposed by the previous administration.”

Shortly after his swearing in ceremony, President Biden, through his administration issued a directive to all agencies to halt all Midnight Regulations. This includes the infamous FinCEN directive for crypto exchanges referred to as the “Requirements for Certain Transactions Involving Convertible Virtual Currency or Digital Assets.”

As earlier reported, Coinbase was the first among top exchanges to point out the impracticability of the hurried proposed regulatory framework for increasing KYC compliance and controlling private crypto wallets.

According to Grewal, the recent FinCEN proposals for crypto transactions are supposed to undergo a full and substantive review with the rest of midnight regulations as promised by the Treasury Secretary Nominee, Janet Yellen.

However, a week after the freeze memo was issued, Grewal is questioning why the US Treasury is yet to take down the proposed rulemaking, which is still active and open for comments on its website.

“This has led to real confusion. Many members of the public assume that the rulemaking has been paused as @POTUD instructed. Industry publications say the same. But @USTreasury has provided no clear word.”

Coinbase Suggests Open Dialogue with the US Treasury

Coinbase is now calling for the US Treasury to agree to an open dialogue to discuss the strengths and shortcomings of the proposed regulatory framework. Grewal further insists that the first step towards a productive engagement should start with pausing the countdown for the comment period which ends in 7 days, following an extension on January 14.

“We eagerly want to engage with the Treasury on the topics addressed in the proposed rulemaking. The first step in that process is to pause the countdown, and start talking.”

Grewal further added that a conversation between crypto-exchanges and the US Treasury would be expected by Congress before further action is taken.

The US Treasury extended the comment period to accommodate the Anti-money Laundering Act of 2020, which took effect on January 1st. The Act requires the Treasury to study the usefulness of the currency transactions reports (CTRs) that have already been collected from relevant businesses.

Grewal argues that this development will further necessitate the process of revisiting the proposed rules.

“Expanding the number of CTRs, like this new rule would do, without the benefit of the analysis Congress has asked @USTreasury to conduct, just makes no sense. Any rule will have to be revisited as soon as that analysis is done.”