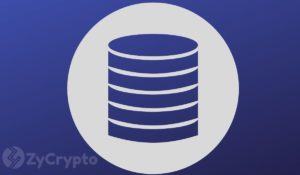 Apart from all of the following that Bitcoin has as the first decentralized digital currency as well as the largest, it sometimes is a marker that carries the rest of the crypto market on its shoulders.

Even the word “shitcoin” was created out of Bitcoin for many different reasons. For some, a shitcoin is pretty much any coin that runs with old technology or is without innovation.

For others, a shitcoin is a coin that has lost a significant part of its value or never had any value, to begin with.

There are however others who believe that a shitcoin is pretty much every cryptocurrency created after Bitcoin, and it would seem like this is where Peter McCormack stands.

Popular for his ‘What Bitcoin Did’ podcast, as well as his infamous case against self-proclaimed Satoshi Nakamoto, Craig Wright, McCormack, seems to believe that Bitcoin is the only real coin and recently took to his Twitter, to express this opinion.

McCormack was responding to blockchain and crypto researcher, Brad Laurie, who posted a tweet castigating an unnamed crypto influencer for the exact same opinion. Suggesting that such an opinion was hypocritical, Brad called out to his over 32,000 followers, asking for more transparency.

“I just heard yet another crypto influencer state unequivocally: “anything that is not Bitcoin is a #shitcoin”. This person lives on sponsorship $ from ‘shitcoins’, so WTF? Manure marketer, stop selling people shit you don’t believe in. Create a legacy that’s legit, not shit.”

At this point, McCormack stepped in, tweeting the same thing Brad was against, the idea that every coin that isn’t Bitcoin is essentially a shitcoin. Even though he later said his comment was a hoax, members of the Twitter crypto community expectedly didn’t find it at all funny.

Whether or not McCormack was joking, this might be a good time to remember that Tether recently announced that it will support McCormack’s libel case brought by Wright.

A few months ago, Wright sued McCormack for rebuffing the former’s claim that he really is Nakamoto. Tether has now come out to say that they will be backing McCormack, because Wright has had more than enough opportunities to prove his claim, and hasn’t definitively done so.

If McCormack really does think everything that isn’t Bitcoin is a shitcoin, then doesn’t this mean Tether is a shitcoin as well?