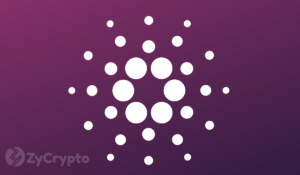 In a market filled with thousands of crypto assets, it is difficult to distinguish between which projects are better than others for medium-term and long-term investments. For US-based economic research agency, Weiss Ratings, between Cardano (ADA) and EOS, ADA is “clearly superior” following its recent incentivized Shelley testnet snapshot.

Cardano Is ‘Vastly Superior’ to EOS

Weiss’s take on the crypto project has always been deemed somewhat untrustworthy, given that it applies an opaque methodology for its findings. Nonetheless, the crypto rating company recently tweeted:

“Cardano is clearly superior to EOS. EOS was the first to market, but it’s becoming increasingly clear that of the two, Cardano is vastly superior. More details on this in subsequent tweets.”

As expected, this tweet generated quite a stir among Weiss’ Twitter followers. Some agreed with the statement that Cardano is indeed better, for instance, this comment that said:

“Increasingly!? This has been clear from the beginning, except for those blinded or misled by their investment in EOS.”

However, critics abound. A majority of the people disagreed, pointing out the fact that Weiss ratings had no solid basis for its claims. Other critics stated that Cardano has no live dApps, unlike EOS.

On the technology front, Cardano is a smart contracts platform that offers scalability via a layered architecture. It uses the first-ever peer-reviewed consensus algorithm called Ouroboros. Sure enough, in terms of the number of dApps on the platform, Cardano is yet to reach the ranks of other blockchains like Ethereum, EOS, and TRON.

But, in a subsequent tweet, Weiss Ratings explained the rationale behind the Cardano support: the recently completed snapshot for Shelley testnet. “This latest step toward staking will allow investors to earn rewards on their $ADA for the first time,” Weiss added.

Does EOS Make A Bad Investment?

It’s worth noting that this is not the first time Weiss Ratings is dropping a bombshell on EOS. Earlier this year, the rating firm announced that they had downgraded EOS owing to centralization concerns and that they were leaving it to Cardano to develop a truly decentralized Proof of Stake (PoS) blockchain.

EOS governance has long raised questions about the decentralized nature of the EOS network, prompting concerns about the sustainability of the network in the long-term. This has become a widespread source of worry among the EOS community and the fact that most of the Block producers (BPs) are based in China has only made it worse.

However, just yesterday, Block.one, the firm behind EOS blockchain, announced that it plans to get more involved in the governance of EOS. In the press statement, the firm noted that it will be an active participant in the voting for EOS.IO blockchain upgrades. For the EOS community, this is an important step towards having a more decentralized platform.

More importantly, just like other crypto projects, EOS has a lot of room to grow in the future. Meanwhile, besides ruling the roost in China, EOS continues to enjoy a sizeable share of the smart contracts market.