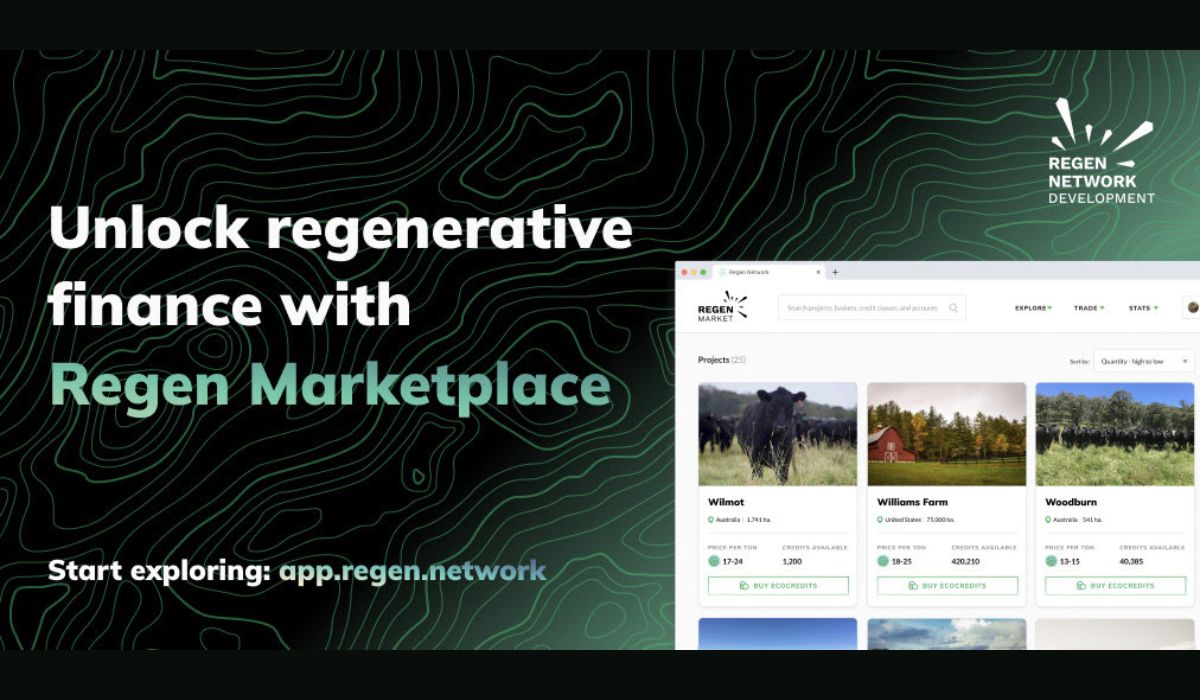 Blockchain-powered firms and validators striving to honor their climate commitments can now sigh in relief following the launch of Regen Marketplace, an innovative idea from Regen Network Development (RND) Inc.

RND has been concerned with providing easy access to quality carbon credits. In line with its vision, the network released the marketplace app allowing for the origination, governance, as well as exchange of tokenized assets.

To serve its purpose, Regen Marketplace relies on the Regen Ledger, an app-specific blockchain that runs on CosmosSDK, the world-renowned framework for building blockchains.

The innovation will help to significantly reduce greenhouse emissions like carbon from the atmosphere since it supports purchasing, retiring, transferring, or bundling of tokenized assets. Blockchains and validators can leverage the four functionalities to offset their carbon emission. Meanwhile, dApps can quickly export their tokenized carbon on the blockchain and resolve their carbon footprint challenges.

Regen Network Development partnered with Toucan, a carbon registry running on the Polygon blockchain. The two protocols will oversee the launch of the Regen Ledger to Polygon bridge, enabling RND to introduce Nature Carbon Ton (NCT), followed by the activation of the Cosmos ZERO campaign.

NCT is an IBC-compatible carbon token and will be the only of its kind in the Interchain ecosystem. The Cosmos ZERO campaign will focus on Cosmos-based protocols, encouraging them to become carbon neutral, a move geared to achieve zero carbon emissions on the blockchain. To achieve the objective Cosmos-based protocols will be required to:

3. Purchase NCT from the $NCT:$REGEN pool

5. Retire the carbon credits on the Regen Ledger

In its bid to fight for a climate-positive economic system, Regen has partnered with many climate impact champions, including Terra Genesis International, ERA Brazil, Earthbanc, Open Earth Foundation, Moss.Earth, Shamba Protocol, and over 20 partnership deals are still in the pipeline. Rightfully so, the Regen Marketplace community is set on a path of growth.