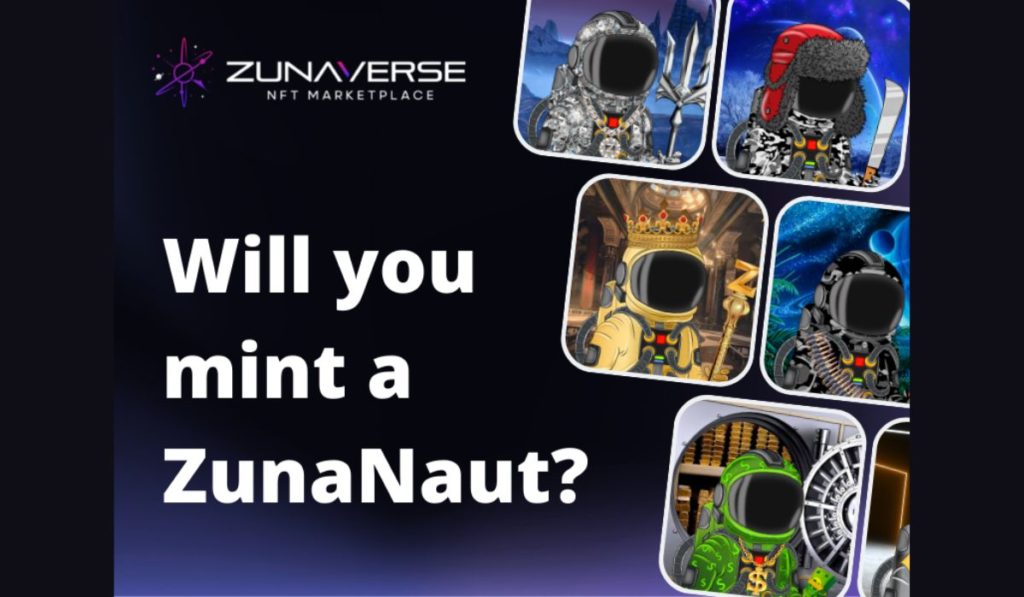 $ZUNA coin took the crypto world by storm when it was launched. This is due to its excellent reward systems and exceptional plans for utility. The community was even more excited when the token developers released the Zunanaut NFT collection and now the Zunaverse NFT marketplace, which is already live. So, how can you become part of this exciting and highly profitable project? Read on to find out!

What is a $ZUNA Coin?

As its promising founding team puts it, $ZUNA is a deflationary coin built for the future. It is built on the Binance Smart Chain Network and provides its holders with superior tokenomics and benefits. Holders of $ZUNA in their crypto wallet receive a shared  5% of each transaction. The developing team of this project is among the most open and fully doxxed programmers out there. With 5% of each transaction’s proceeds going into the project’s liquidity pool for perpetual lock up, ZUNA combines major milestone burns depending on holdings with minor burns for every transaction to achieve its deflationary effect.

Since the official launch date of the project in November 2021, the crypto community has been very supportive. In fact, by the time it officially launched, it already had 25,000 token holders, which is really impressive.

The platform also further facilitates the project’s unique reward system, where owners receive $ZUNA rewards within the first 12 months and partial ownership of the Zunaverse NFT marketplace, where owners will receive a percentage of all the transactions that take place on the platform. Note that $ZUNA is a payment option on this platform as it is utilized to unlock special features such as access to exclusive NFT drops and the ability to display your NFT collection.

Earlier this year, $ZUNA creators released its NFT collection that features an exclusive set of 1969 astronaut characters. ZUNA provides value for each NFT created by offering passive $ZUNA incentives to stand out. The more unique your astronaut is, the more rewards you receive for keeping the Zunanaut NFT in your crypto wallet.

Although the collection consists of 1969 astronaut individuals, the uniqueness will depend on the available number of that specific astronaut NFT in existence, with a one-of-a-kind being the most uncommon. The concept of receiving rewards for merely holding NFTs is still new, and it is presently only offered by a limited number of NFT projects.

To give its NFT holders the most value possible, ZUNA NFTs will also attract passive benefits from the Zunaverse NFT Marketplace. You will be eligible to receive a share of every transaction on the platform if you own any of the original Zunanaut astronaut NFTs.

It was never the intention of ZUNA to become another like any other crypto project. Its reliable and top-notch utility, fantastic community, and committed developing team will assure ZUNA’s continued prosperity. There is a ton of potential for expansion and utility integration, making it a highly attractive project to long-term investors due to its high returns.

PancakeSwap and CoinTiger have currently listed $ZUNA, but many other exchange platforms, like Gate.io and Hotbit, are in the works of listing this coin. By subscribing to their Twitter, Discord, Facebook, or Instagram account or joining their Telegram group, you may interact with the ZUNA community and stay updated with recent developments.