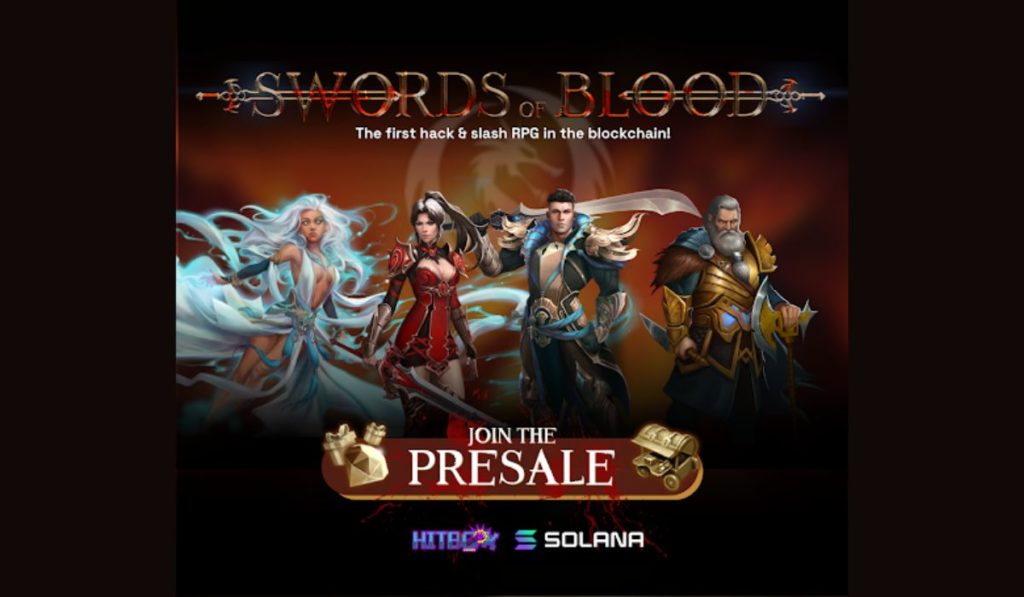 Web3 seems to hold much promise for those utilizing it, but the gaming aspect has not been well received. This is mainly because the quality of the gameplay is nothing to compare with conventional games. Purchasing cryptocurrencies and NFTs are tasks that require some technical knowledge that many don’t have.

This is why the creators of Bladebound, the first high-quality, fast-paced hack n’ slash RPG to feature blockchain integration: Swords of Blood which is about to change the course of web3 gaming.

Its design gives players an immersive experience with a riveting fusion of hack ‘n slash RPG, intense graphics, extensive storyline, and brilliant game mechanics. Players can have much fun playing the game while still earning.

Unlike other games, Swords of Blood give players real ownership of game pieces. With its revolutionary Play-to-Own concept, you can keep any items you obtain in the game as a player, rather than the game taking ownership of in-game pieces you acquire, as is the case with Diablo and Counter-Strike.

In-game pieces earned this way become Game Utility Tokens (GUT), otherwise known as NFTs. They are unique and entirely yours, and you can sell, exchange and trade them as you please, giving the power of ownership back to players.

The game is powered by Solana and allows you to trade, purchase, and upgrade your gaming experience with in-game weapons and items using acquired golds and gems. An in-game chat allows you to chat with other players, battle them in myriad PvP arenas, or play alongside friends and quests.

You can use the $SWDTKN token to upgrade existing gear, purchase crafting materials, buy access to tournaments and season ranks, or mint gears as GUTs and sell them on the marketplace.

You can easily buy the $SWDTKN token by creating a Fractal Wallet in 30 seconds. Swords of Blood recently integrated with the web3 wallet, which you can use to log in to web3 games with your Google account. Once this is done, you can play the game on any device without having to download any apps or use any browser extensions.

The tokens are stored right on the wallet, so there is no need to create another wallet. You can also buy the token using Mastercard or Visa cards which are obtainable with web2 games. This makes the game a front-end payment and NFT ownership solution that regular online gamers can easily adapt to.

Early investors in the project will enjoy perks such as whitelisting to the Genesis GUTs event, a chance to win the real-life Sword of Blood designed and forged by two-time Forged in Fire champion Ben Abbott, and backstage passes to Disturbed concerts, profit-sharing, and so much more.

The project was founded by a team of experienced game developers who have worked on game titles such as The Sims, SimCity, Prince of Persia, Halo, Call of Duty, and Assassin’s Creed, among others.