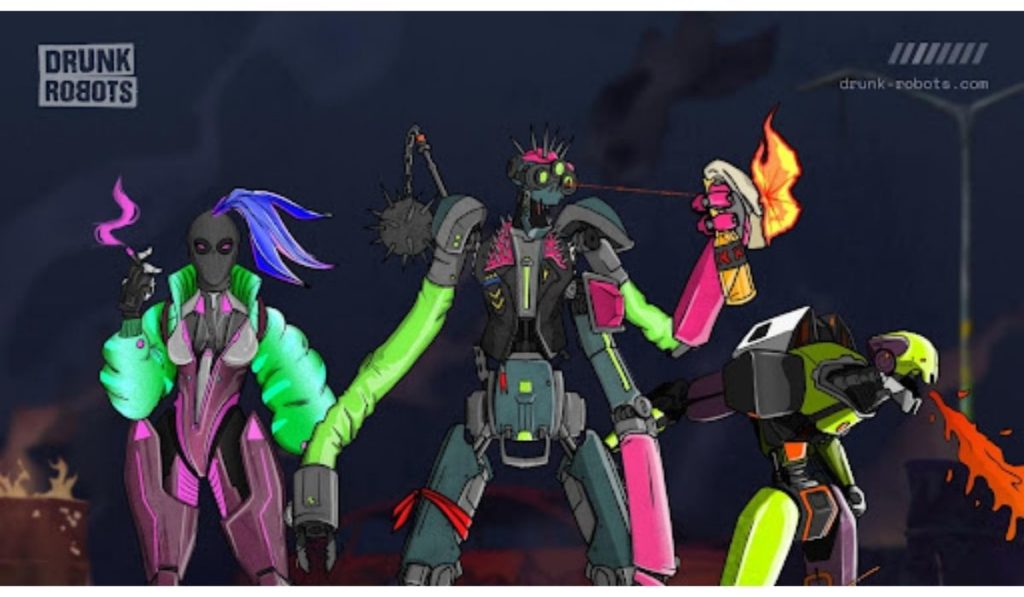 The latest groundbreaking trend in the blockchain and NFT space is gaming. As the year comes to an end, a lot of people are looking at ways to enjoy and have fun-filled holidays and NFT games have been the way out. One of such comic, amusing and rewarding NFT games is the Drunk Robots.

Drunk Robots is a Play-to-earn NFT game on the Binance Smart Chain (BSC). This is a game that allows participants to earn money in the form of in-game crypto-tokens called Metal ($MTL). Drunk Robot gameplay offers its players the opportunity to play individually or to establish a gang of robots to rule a part of the metaverse, the stronger a player’s gang, the better their chances at winning and surviving.

The game is a simulation of an insane robot community in an abandoned city called Los Machines. The main mission of the game is for the Drunk Robots to survive and seize the city that has been overrun by the drunk junky robots who are only interested in  METAL beer and violence.

Players in the games can collect robots, guns, and other street litter to increase their street cred. Since it’s a game of survival, participants are saddled with the tasks of robbing stores and banks, competing in drunk races, joining dance battles, and beating the living hell out of their rivals. Gamers can own small farmland to farm, create their own gang or join the strongest gangs in the community.

Since Drunk Robots is a play to earn game, it uses two main tokens which are the liquidity.io platform token ( $LQT) and the Drunk game token called METAL(MTL). The primary token is the $MTL which is used for shopping, health recovery, missions, completing mini-games, and farming. $LQT will be the secondary currency used for certain actions and exchanges in the secondary market.

Drunk Robots players can trade with $MTL and #LQT to make profits. Similarly, they can stake $LQT-BNB to improve the characters of their robots. There are a  total of 10101 genesis robots available with six different types, each with unique characteristic features, abilities, appearances, and rare weapons. These robots would also act as the rare NFTs in the ecosystem which players can use to play games and stand a chase to win valuable prizes.

Presently, there is only one option left for the containers as the project has already sold 6,670/10,000 Robots. It has also advanced with 13 bands with over 400 active members. The project has also partnered with CryptoBlades, Faraland, and Wanaka Farm towards its mainstream elevation and possible global adoption in the near future.