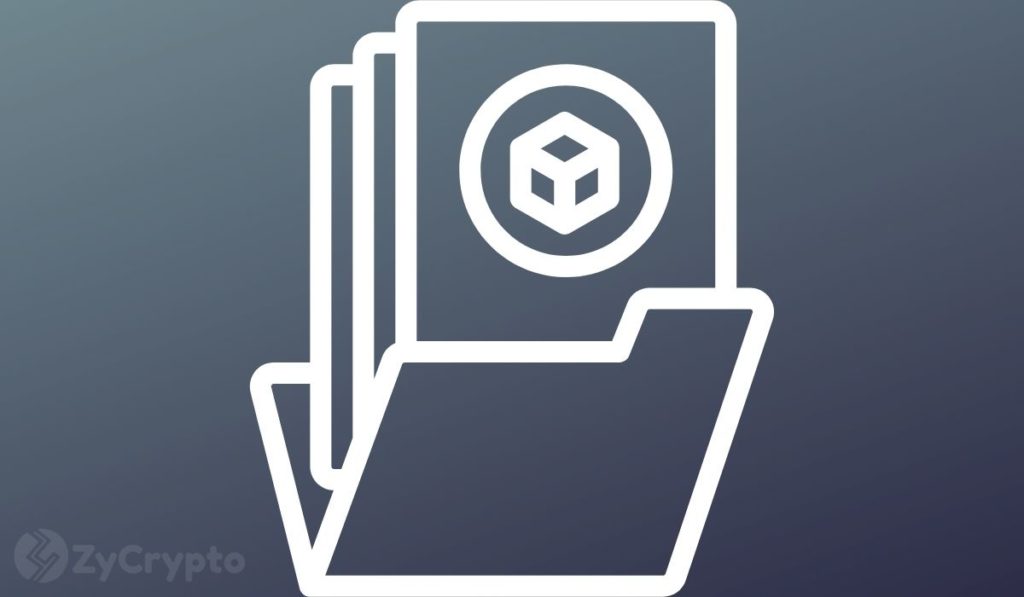 Elon Musk’s love for communicating using memes especially when passing across crypto messages is no new thing. While previously most of his posts have just triggered massive price pumps, a Thursday meme tweet showing two lovers looking at Bitcoin’s price at $69,000 and Ethereum at $4,200 just made a 28-year old NFT creator thousands of dollars richer.

While it appeared as one of those pump meme-themed tweets by Elon, most people did not know that a photo posted by the Tesla C.E.O was in fact an NFT work listed on Zora, an NFT marketplace allowing collectors and creators to buy, sell and curate NFTs on Ethereum. 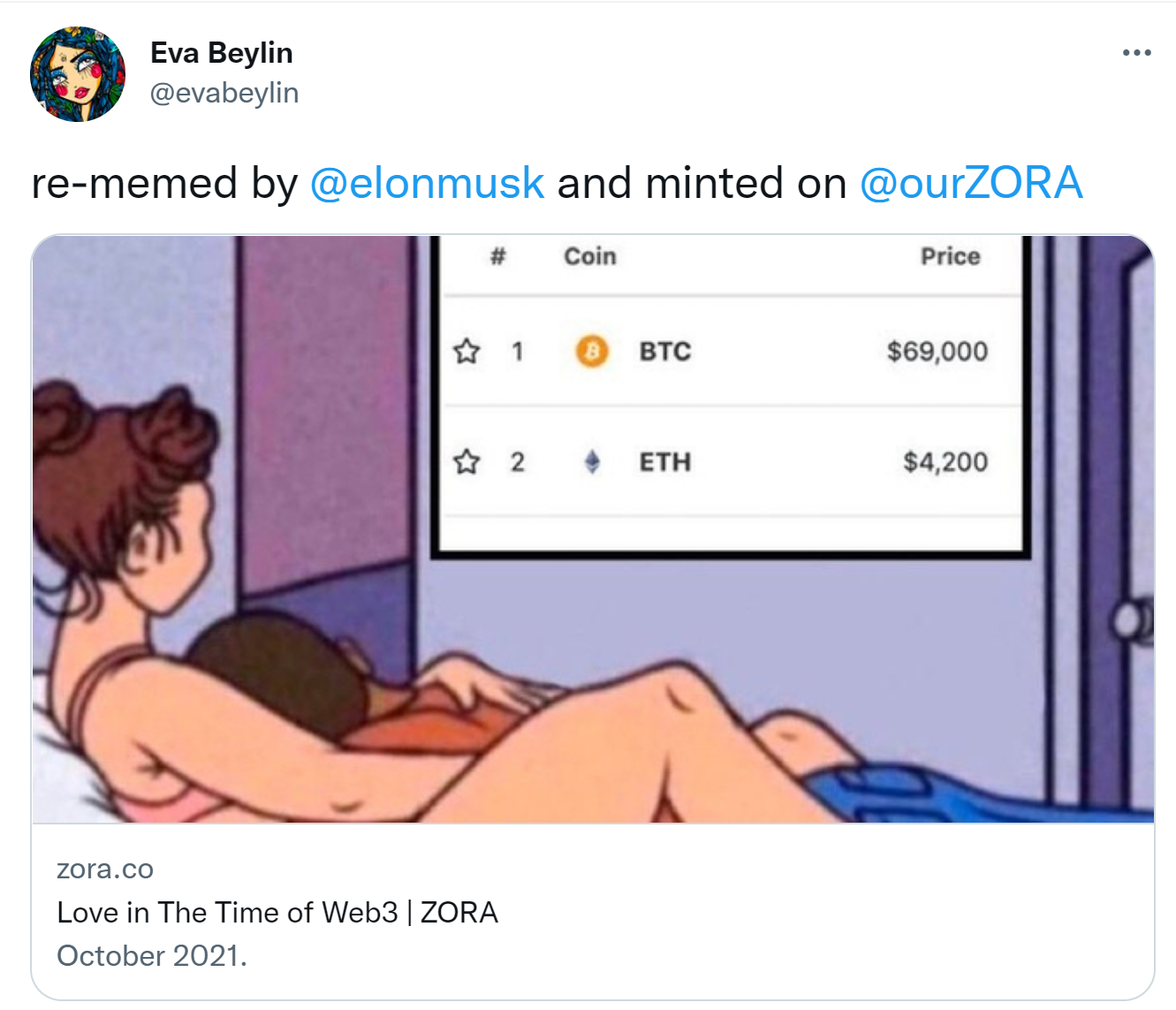 The creator, 28-year-old Eva Beylin could not believe it when the Dogefather posted her art on his official Twitter page sparking over half a million positive reactions from Elon’s followers including Huobi Exchange and Okex C.E.O Jay Hao.

“The ultimate prize of memeology is for the ultimate meme lord to use your meme, I am over the moon,” she told CNBC.

Although Elon Musk did not her credit for the art, perhaps because she did admit to having blocked him on Twitter,  in an almost immediate reaction, the piece dubbed “Love in The Time of Web3” received overwhelming attention with buyers bidding for the NFT, over 8 times its listed price of 1,683.16 USD.

According to Eva, her motivation to create the NFT was from another Twitter user known as Shegen who had edited prices in a similar picture frame tweeting them as a joke.

Although she agreed that her actions raised legal questions about copyright infringement which is still a grey area in the NFT Industry, she told CNBC that she would be giving Shegene 20% of the proceeds from the sale as a sign of gratitude for letting her use her edit inspiration in creating the NFT.

Motivated by the sale, Eva now plans to go big on NFTs through reinvesting her sale proceeds through buying other creators’ projects as well as minting her own NFTs for sale.