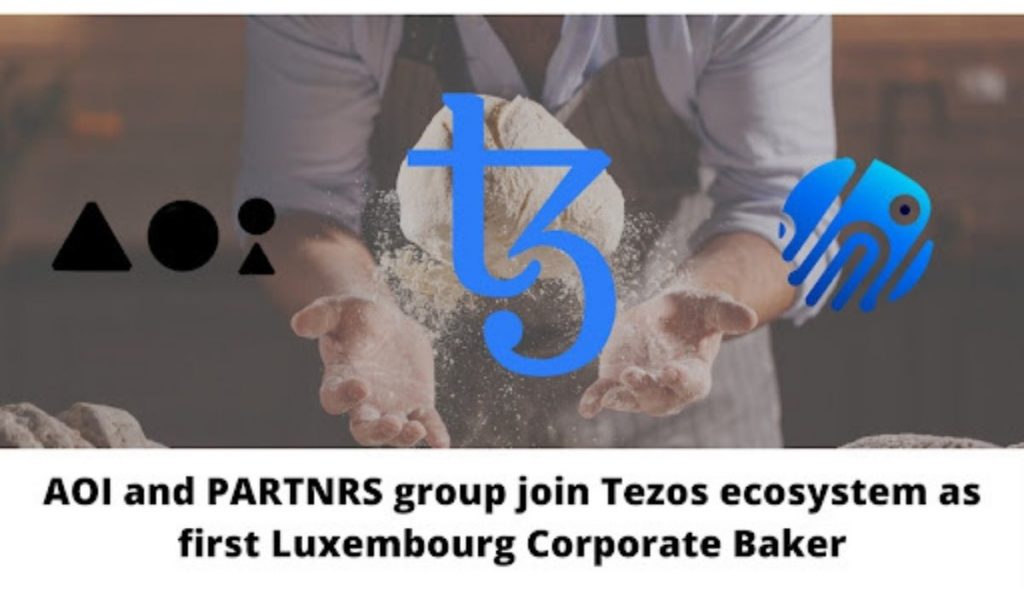 Thus, AOI has officially become the first Luxembourg company to participate in the Tezos ecosystem as a corporate baker.

The new development will see Tezos, one of the fastest-growing blockchain ecosystems fully employing the functionalities of AOI on its network. Tezos is an open-source platform that addresses key barriers facing blockchain adoption for assets and applications backed by a global community of validators, researchers, and builders.

As a result of the integration, AOI will begin to function effectively in the Tezos space. It would commence validation of transactions (blocks) while adding them to the Tezos blockchain thereafter.

Moreso, AOI will be powered with the voting rights of the protocol which is proportional to the tez, Tezos tokens, it stakes and are delegated to it.

A representative of PARTNRS, Cyril Lamorlette, elaborated on the new development while explaining the effect of the successful joint venture.

“Becoming a corporate baker on Tezos is a very pragmatic illustration of our successful joint venture with INNO! Open-source innovations, such as participating in the governance of the Tezos network, are not only a compelling concept but are also a robust business case as reflected in our decision to become the first Tezos corporate baker in Luxembourg,” Lamorlette said.

The Adoption Manager in Luxembourg at Nomadic Labs, Alexia Martinel, also expressed his delights on the new development saying;

“We are particularly delighted to welcome the first Luxembourg corporate baker to the Tezos ecosystem; thus paving the way for a growing commitment from the country’s institutional players.”