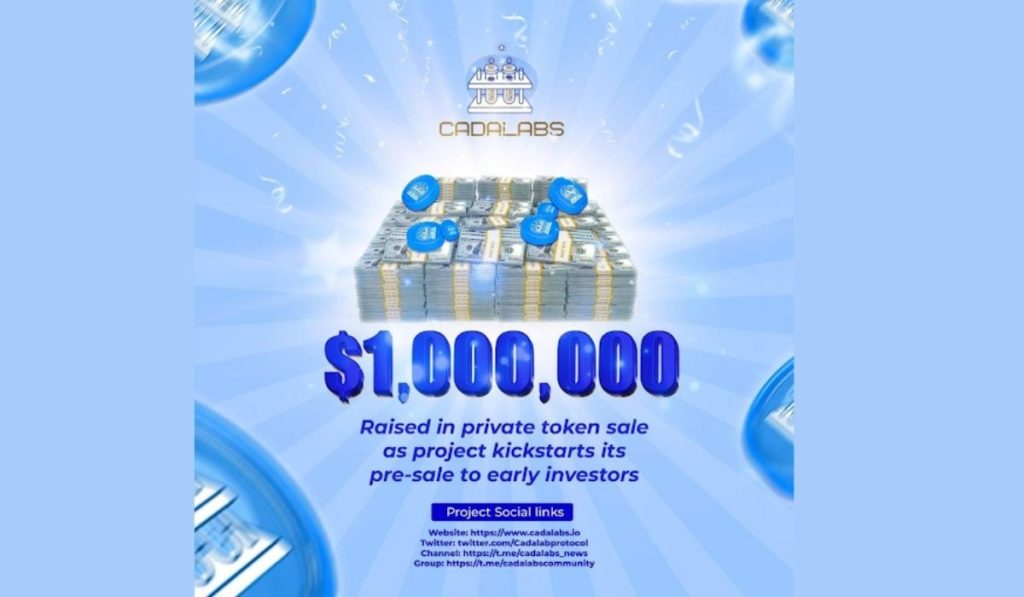 During the just-concluded private sale, Cadalabs managed to raise $1 million in less than one hour. An indication of the high demand for Cardano-based decentralized financial ecosystems and their tokens. Furthermore, the Cardano ecosystem has recently introduced its smart contract feature to compete with the Ethereum ecosystem.

The Cadalabs team anticipates using the raised capital in supporting its ecosystem and locking the remaining in cold storage based on the Cardano network.

The private sale included 10 million $CALA tokens. Notably, the total supply of CALA tokens is 100 million according to the Cadalabs team. Out of which, 25 million CALA tokens will be sold in the just-unveiled presale round.

According to the firm’s official website, the CALA tokens will be sold at 0.05 ADA per token.

Worth noting, Cadalabs team anticipates burning 50% of the total supply of CALA tokens in the next two years. The deflationary system is meant to ensure the long-term market health of the CALA tokens.

The CALA tokens have different utilities on the Cadalabs NFT marketplace. Among them are transactions on the platform and secondly for governance purposes.

The NFT market has grown tremendously in the past year, bolstered by the greater crypto and blockchain adoption. Cadalabs will however be entering a market that has been ventured by other marketplaces including OpenSea among others.

In a bid to remain competitive in a market that is heavily dominated by pioneers, Cadalabs has enjoyed backing from notable investors with significant connections to oversee its future growth prospects.

The digital collective industry is a promising sector that has not fully been ventured, despite the meteoric growth. The NFT market anticipates joining with many other industries including the fashion industry that has previously been marked by counterfeit products.