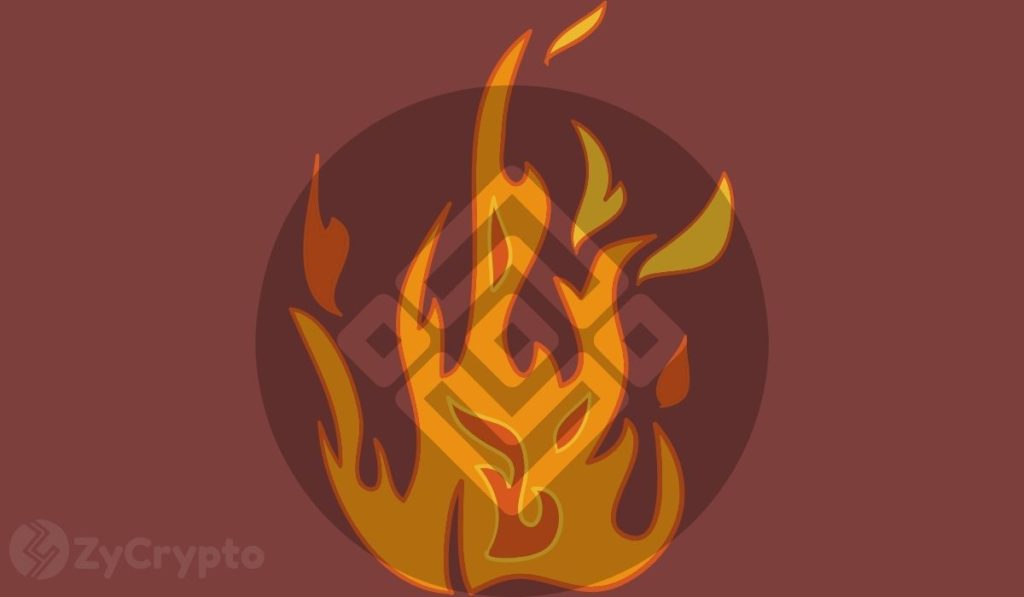 Coin burning is a process by which cryptocurrency miners or exchanges periodically take out a certain portion of coins from circulation to control price through supply restriction. This has been a common practice in the cryptocurrency industry and is done to encourage long-term holding by entities holding coins.

According to the Exchange, this is the 17th quarterly BNB token burn and “includes the actual burning of 1,318,049 BNB, plus an additional 17,839 BNB that was effectively burned via the Pioneer Burn Program.”

The BNB Pioneer Burn Program is an initiative that helps users who lose their assets in rare circumstances. The last burn was undertaken on July 18 where 1,296,728 BNB tokens valued at approximately $390,000,000 were taken out of circulation leaving Binance an avail of about $2Billion.

Binance has committed to burning a certain number of BNB coins until at least half of the total minted coins which is circa 100,000,000 BNB are completely removed from circulation.

Whereas 40% of the total BNB coins (80,000,000 BNB) were originally allocated to the Binance team and remain untouched, this means that when Binance achieves its 50% burn threshold, only 10% of the total coins shall have been left in circulation, driving prices parabolic.

The increase in the number of tokens burnt in October is in tandem with the surge in BNB prices and other positive factors such as the growth of interest by retail and institutional investors in the general crypto industry. BNB has put forth an over 120% recovery since the price dipped in May and is currently trading at $490.

Following a string of regulatory headwinds from various governments around the world, Binance CEO CZ in announcing the burn also stated that the exchange had adopted a proactive approach to communications with regulators.

“We’re transparent and forthcoming and actively seek to have constructive engagements with regulators. For anyone who will listen, we will come in, explain how we do everything and anything else you wish to know,” he said.

According to CZ, there is hope that regulators will engage crypto leaders in finding a more friendly way to regulate the already burgeoning industry.