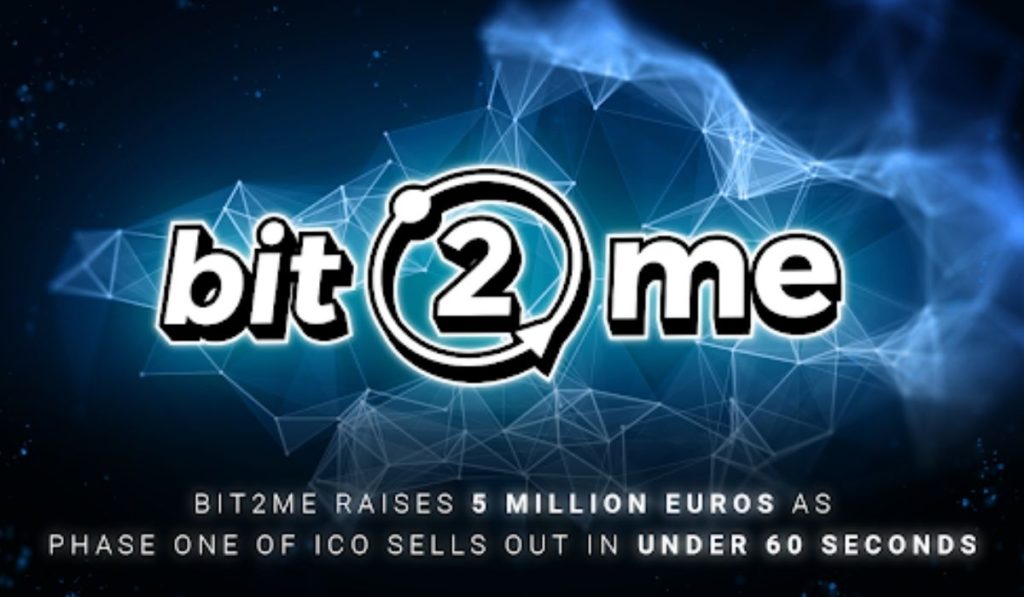 In just 59 seconds, Bit2Me was able to raise a total of 5 million euros by the end of the first phase of its Initial Coin Offering (ICO). The token sale makes history as the most successful one in Spain so far. The company is now making plans for the second ICO phase which is expected on Sep. 13. The third and final phase is scheduled to happen on Sep. 21.

Before the ICO, Bit2Me had already raised funds to the tune of 2.5 million in a private investment round held in early August. Cumulatively, the crypto platform has now raised a total of 7.5 million in investments through its B2M token.

As of Sept. 6, Bit2Me had issued 500 million of its tokens. The company expects to put 500 million more tokens into circulation during the second phase and 250 million during the third phase. In total, Bit2Me will issue 1.25 billion tokens. Persons interested can join the queue for either phase or even both phases, and fill a form on the company’s website to schedule their token purchase.

Shortly before the first phase, the ICO hype rose to sky-high levels. Due to demand, Bit2Me expanded its operations to an additional 13 countries. These include Uruguay, Panama, Colombia, Bolivia, Puerto Rico, Costa Rica, Ecuador, Guatemala, Honduras, Jamaica, Dominica, Martinique, and Guyana. Citizens of these nations got the opportunity to invest in the B2M token.

Bit2me CEO and Co-founder, Leif Ferreira said, “It was very important for us to demonstrate that from Spain we can also digitally transform the world in the style of Silicon Valley. We are the pioneers in a technology that is revolutionizing the whole planet. We have demonstrated why we are one of the engines driving this disruptive proposal.”

Of note, B2M token holders will enjoy discounts of up to 90% on commissions. They will also have access to better functions and use cases on Bit2Me-associated services. As B2M is a governance token, its holders will also have the benefit of taking part in decision-making processes regarding the company. In the future, Bit2Me plans to develop new utilities for their token to the benefit of the holder.

Currently, Bit2Me has over 300,000 users and over 2 million academy students. The platform also boasts of having more than $60 million in assets under custody and over $3.5 billion transactions.