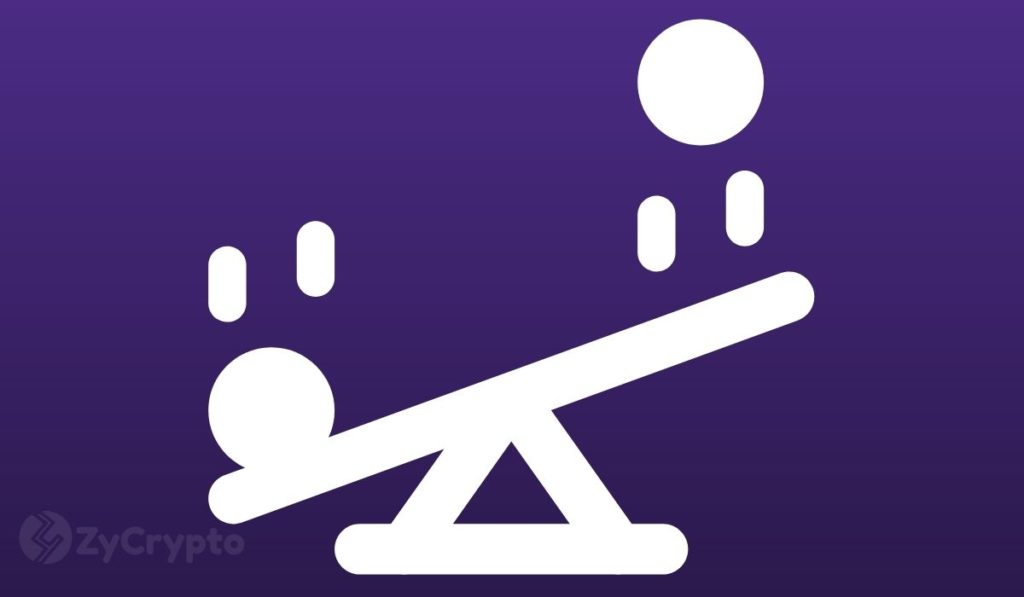 Despite Bitcoin’s recent recovery from June’s lows showing signs of exhaustion in the past week, stats are still signaling sustained growth of inflows into exchanges and a steady accumulation in the number of wallets with Non-zero balances.

Since prices slightly crossed above and recoiled below the $50,000 psychological level a week ago, traders seem to have become fidgety as price fails to move past $50k building negative sentiments which ironically has only created a solid recipe for a bullish drive, from past experiences.

According to on-chain data on Santiment, there has been a significant increase of BTC on exchanges with the largest inflow being recorded especially after Bitcoin hit $50k while stablecoins supply on exchanges hit a new all-time high.

On-chain metrics also denotes that exchange flow balance has managed to recover as the amount of BTC in/out of exchanges substantially stays in favor of coins ‘in’.

According to Ali Martinez, a crypto chart analyst, this inflow could hint that some participants are taking profits throwing traders in a state of limbo as to where price might be headed next.

He asserts that for Bitcoin to advance further, it will thus have to break and close above that supply barrier. Failing to do so would inadvertently throw price into a deeper correction towards $45,830-$44,900 which is a highly concentrated price range and a strong demand zone.

Glassnode has also highlighted the $45k spot as a strong safety net should the asset’s price slip. The $31k-$40k range remains the largest price floor where about 2.98M BTC was accumulated between January and in the following two and a half month-long consolidations.

The $53.7-$59k range which saw Bitcoin reach the trillion-dollar asset milestone saw the lowest accumulation of BTC in the year at 1.33M BTC between March and May. According to exchange records, these are the coins that endured the May-June 50%+ drawdown.  However, analysts warn that accumulation in this phase could create an overhead barrier for the price if those diamond hands seek to exit.