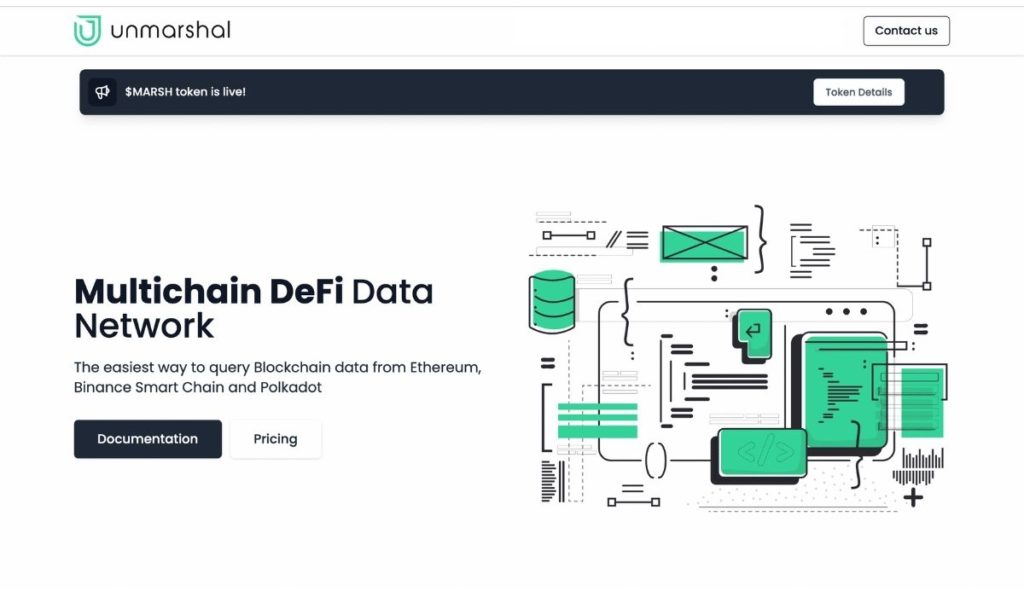 The industry’s largest and most accessible on-chain data query tool for a wide range of blockchains, Unmarshal has released GraphQL API, a suite of tools that allows for pinpoint accuracy in on-chain data queries commemorating its August BUIDL Marathon product release.

GraphQL is a query language for APIs and a runtime for fulfilling those queries with your existing data providing a complete and understandable description of the data in APIs. It gives clients the power to request precisely what they need and nothing more, making it easier to evolve APIs over time while churning out powerful developer tools. Unlike other centralized APIs, developers can host their dapps on multiple chains facilitated through Unmarshal’s GraphQL.

The key differentiating factor for Unmarshal’s GraphQL among other different on-chain metric inspecting tools like Dune Analytics is that Unmarshal supports multiple blockchains. Moreso, anyone interested in querying data using Unmarshal’s GraphQL does not require specific knowledge of HTTP/2. Another added advantage of using Unmarshal’s GraphQL is that users no need to set up any prior infrastructure such as Ankr or Chainstack before using the GraphQL query tool. All they need is just query the blockchain and have data delivered. Additionally, The output provided by Unmarshal’s API is decoded data presented in a human-readable format.

The talented team at Unmarshal has been in a row, especially in August, with the GraphQL APIs becoming the third product to be released in less than three weeks. The first product was Token store, a product for querying token attributes, either with the token’s contract address or with the token ticker. A few days after the team released Token Store, they rolled out Self Service Kiosk, a portal that helps any user looking for Unmarshal’s data infrastructure with a single Sign-up. It can quickly test and connect to end-point APIs without waiting or seeking someone else’s help.

With the GraphQL now released for pinpoint accuracy data query on Ethereum, Polygon, and Binance Smart Chain, developers and other stakeholders can obtain rich, on-chain data while rest assured of such data integrity.