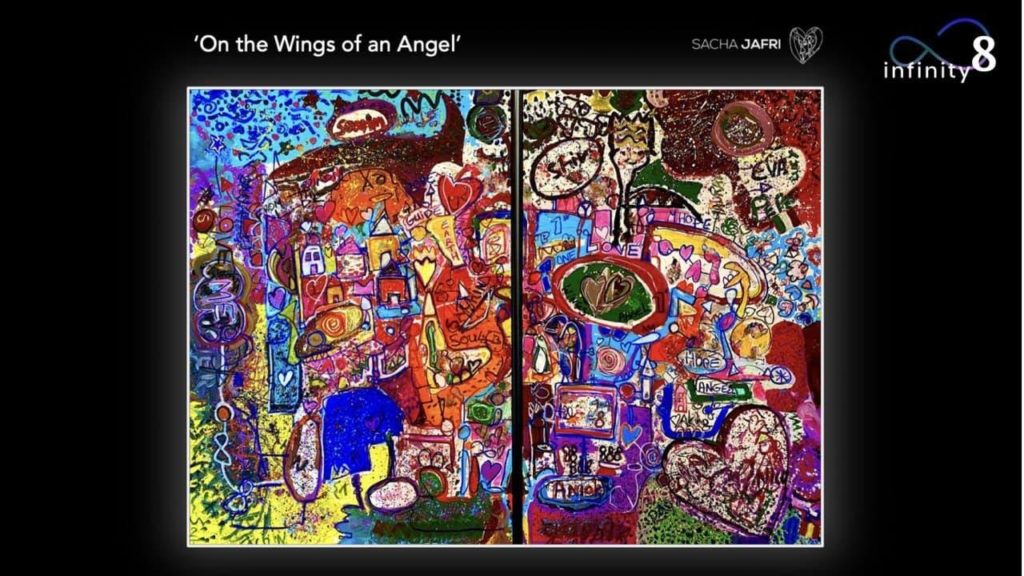 The amfAR (Foundation for AIDS Research), recently held a lavish gala at the Cannes film festival in southern France. The event takes place annually to celebrate the organization’s existence and its work. This year, amfAR was marking its 27th edition since its inception in 1984.

Standing out at the event was Sacha Jafri – the world’s second highest-selling living artist. Hosted by Sharon Stone, the gala featured a spectacular performance from Alicia Keys in an increased effort to raise funds for AIDS returned.

Even though the amfAR gala was highly anticipated, its exclusive guest list had to be narrowed down to 400 people from 900. The edition was more intimate than previous years, a measure necessary according to COVID-19 protocols.

Following the performance, Sacha presented his live painting as well as the presale of his open edition NFT. Despite being placed towards the close, the action marked the gala’s grand finale. It was during this time that Sacha and billionaire philanthropist and co-founder of Infinity8.io, Javed Fiyaz, sold more than 1,500 units. All these fetched a total of €750,000 ($950,000) in less than a minute.

All 1,500 editions were sold to Scott Fletcher, a tech entrepreneur, and crypto investor. Fletcher also won the bid for Sacha’s live painting for more than €1,000,000. In total, the artist raised 1.75+ million euros. 100% of the funds accrued from the physical print and NFT sale were directed to AIDS and COVID-19 research.

Scheduled between July 22nd and 27th, the actual sale will allow the artist’s fans to purchase his tokenized work. It will make history as one of the biggest NFT launches of 2021. The auction will kick-off at €635.30 for the first 30 minutes, €1,000 per unit after the first hour, and increase thereafter until sold.

The recent NFT sale was done in collaboration with Javed’s charity-focused NFT marketplace, Infinity8.io. The platform is the first of its kind and is aimed at bridging fine art and digital art. The platform also supports the best artists and makes upcoming talent known.