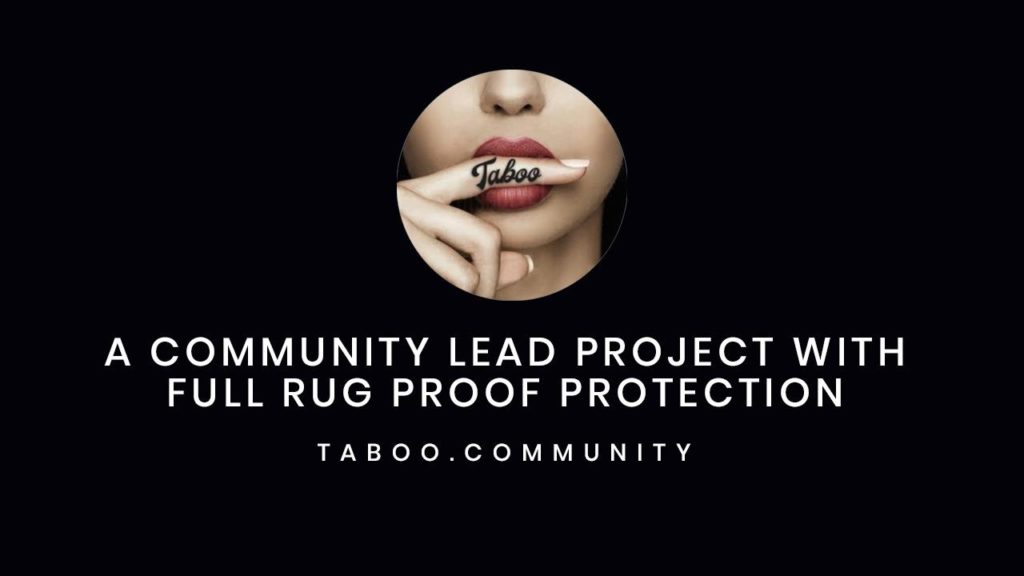 Taboo, an entertainment-focused NFT project announces the launch of a deflationary meme token aimed to bring the best of entertainment for the community members.

TABOO is basically recognized as an entertainment and media-based blockchain platform initiative that utilizes the  NFT system to build inspired, satisfied, and happy long-term holders.

Per the announcement, the meme token is built to bring the community into a world of entertaining and happy decentralized finance.

The token is built with an automatic constant rewards program that allows token holders to earn passively.

The rewards are generated via a 5% tax that is distributed to the token holders. The company, however, has built the token with its own NFT marketplace.

The idea behind the meme token is to utilize the NFT space while providing an exciting and fun-filled future for the token holders.

It has revealed plans to independently build an NFT marketplace specially for its project. The project’s entertainment-focused NFT marketplace will be based on adult content.

While progressing on the marketing strategies for the coin, the company said the token’s airdrop is currently live.

The company is making efforts to achieve a globally accepted and successful NFT. Therefore, the firm is proposing a listing on Coinmarketcap.

“Taboo aims to reform the adult entertainment industry with its meme token and NFT auction platform. Thus the project has the potential to breach $100 million market cap while also ensuring that the platform can be accessible for artists to sell.”

The new project aims to see the value of meme currencies surging significantly.