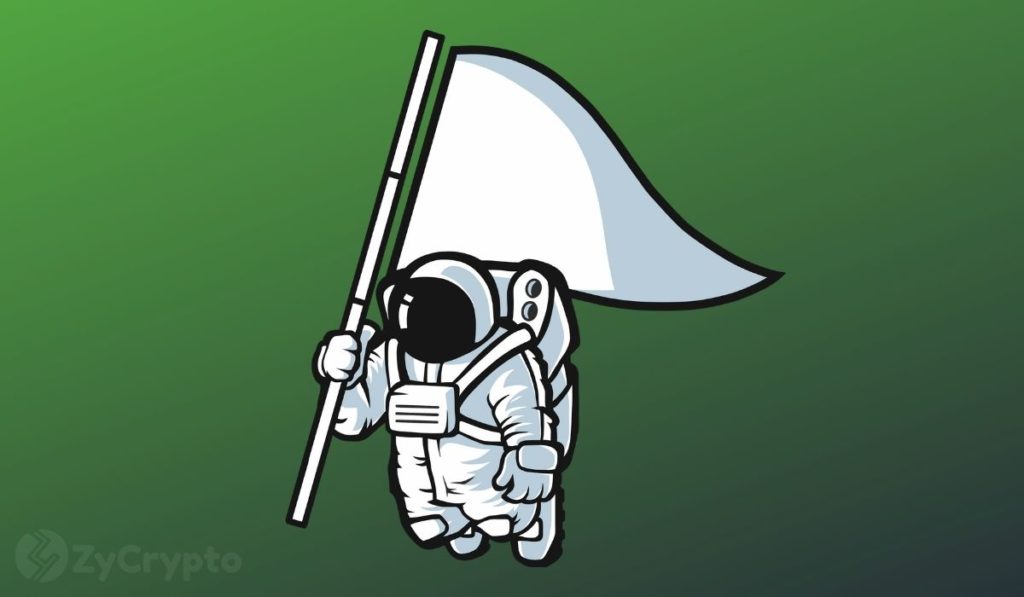 Dogecoin is strapping up for the moon and this time, it’s in action, not just words!

The announcement which was made by the relentless Dogefather, Elon Musk, through his Twitter handle disclosed plans to fund the next satellite exploration to the moon – which is billed to take off next year, using Dogecoin. The satellite launch was satirically codenamed DOGE-1.

Every DOGE Has Its Day

Dogecoin briefly slipped past the $0.5 mark on Sunday evening, in the wake of the new week following Elon Musk’s SNL unfavorable declaration that the coin is just “a hustle”. It has since gained an impressive 0.8% since the recent announcement was made, as many keen watchers expect more value upshot rebound, given the fresh dose of purpose which has now been injected into the fourth most valuable coin.

The fourth most-watched coin with a soaring market cap of approximately $66 billion has had a triple-tremendous winning streak this year alone, amassing over 3600% in astronomical value uprising since the beginning of the year.

This is not the first time the buzz-dazed coin would be put to good use. The American Cancer Society, three days ago, already announced its willingness to accept donations in the form of dogecoin alongside other cryptocurrencies. This gesture along with other growing acceptance of the coin for payments and exchange has made it become a growing friendly and acceptable means of payment.

Asides from Elon’s highly effective short bursts of adrenaline PR which he occasionally gives to the coin, there is still the need for an increasingly widespread acceptance to consolidate its popularity. The latest move is significant as it plugs the coin into a venture that is very much significant, futuristic and valuable for all Doge holders. One that is equally innovative when put in perspective with other cryptocurrencies.

Already, popular meat snack manufacturer and fellow Doge promoter, Slim Jim, is looking to position itself as the official snack partner of the high-flying coin in its moon expedition. The official handle of the brand responded to Elon’s tweet with the words: ‘We are all Dogestronauts.’

In addition to the announcement, Musk tweeted a hilarious theme song for the coin, with lyrics that suggest Dogecoin as ‘the people’s currency and the only cryptocurrency to invest in. The lyrics tout the potential of Dogecoin to sprint past current market leader, Bitcoin and it encourages all investors to hold, never sell and buy more DOGE.