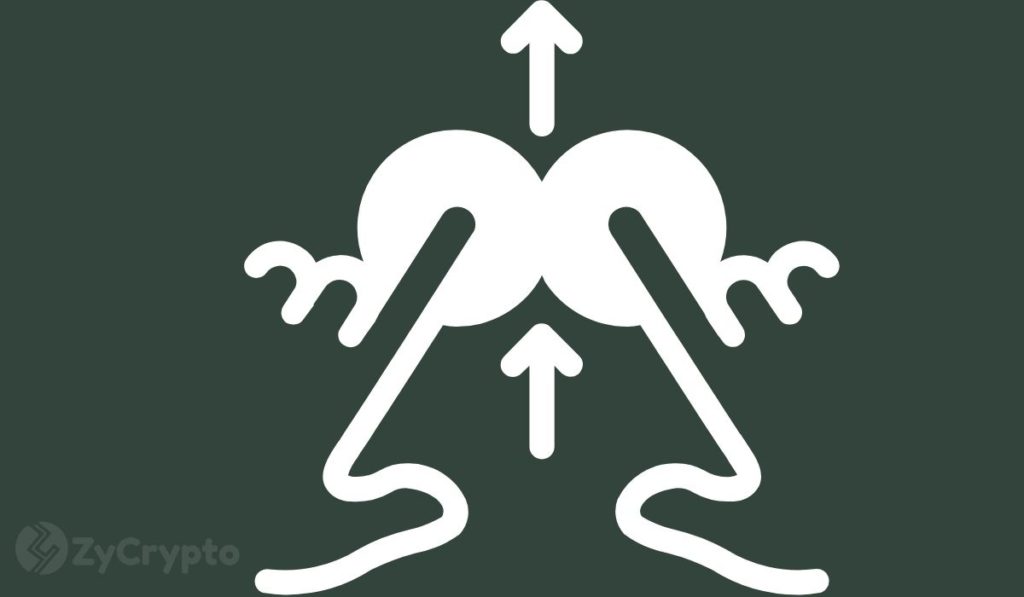 Bitcoin has seen choppy, sideways movement over the last couple of days. As such, the bellwether cryptocurrency has been unable to set new record highs.

However, well-respected market strategist Willy Woo has noted that the cryptocurrency is looking ready for another explosive move up. Now that BTC is moving from weak hands to strong ones, the cryptocurrency faces little to no hurdles ahead that would hinder further advance.

BTC Sits On The Verge Of A Major Breakout

The bitcoin price has more than doubled already in 2021 after quadrupling last year and growing by double in 2019. This performance has caught the eye of big-money investors and multi-billion-dollar corporations because it has surpassed that of equities and gold.

Thursday was a positive day for the crypto markets with bitcoin surging to the $58,000 resistance before retracing slightly.

And despite the ongoing consolidation, a spike in buying pressure could result in an upside breakout. Willy Woo cites Glassnode’s on-chain data which shows that BTC has been flowing to investors with “very little history of selling”.

Indeed, the market pundit observed in a series of tweets yesterday that weak hands offloading their tokens while the stronger ones increase their positions has established the basis for a bullish outlook which implies that the second major consolidation phase of this year’s bull run is nearly over.

Besides BTC’s solid on-chain factors, there are also macro factors that could contribute to the medium-term bull rally of the crypto and the aggregate crypto market.

For instance, President Biden recently signed the $1.9 trillion COVID-19 stimulus package bill into law following approval from The House. Well, many believe that some of this money will flow to bitcoin due to the fact that the cryptocurrency appeals to many investors as an inflation hedge.

Notably, a good number of citizens receiving the stimulus checks are willing to invest their funds rather than spend. An online survey conducted recently by Deutsche Bank revealed that half of 25-34-year-olds intend to use their stimulus checks to purchase stocks.

What’s more, the debasement of the US dollar bodes well for bitcoin’s case as digital gold, an asset that cannot be inflated as governments go on printing sprees.

Bitcoin’s incredible performance last year set the asset for even more attention from more traditional investors this year. Although history does not always repeat itself, the insane amount of funds flowing around the markets looking for mammoth returns could help us predict bitcoin’s future performance.