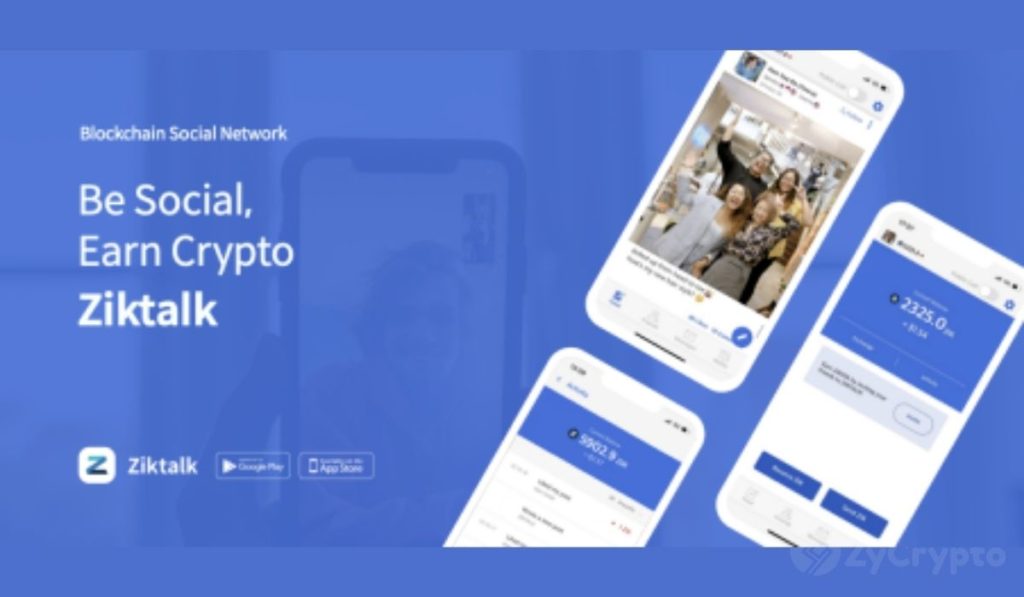 Since the app update, Ziktalk has seen a rapid increase in users, who have been participating in Ziktalk’s social mining program to mine ZIK tokens. Ziktalk has grown from around 100,000 users in early February to 180,000 users by early March. Increased user registration and activity has led to a surge in transaction and holder count. Ziktalk reported over 3,000,000 total transactions and 84,000 token holders on the Ziktalk app.

Ziktalk is a social network app that combines elements of social media and language exchange. Ziktalk connects people from around the globe, enabling them to build friendships and learn new languages. With its recent update, Ziktalk introduced a blockchain-based rewards program that gives users ZIK tokens for being active on the app.

Ziktalk has all the features essential for a social media app: a live feed, messenger, and video and voice calls. When a user receives a “like” or “follow” or helps someone learn a language through voice or video call, that person is rewarded with ZIK, a token on the blockchain that serves as points within the Ziktalk ecosystem. Additionally, all users who register on the Ziktalk app receive free ZIK tokens when they first sign up, and users who invite their friends receive bonus ZIK tokens whenever a friend signs up.

Ziktalk’s CEO Abraham Shim commented, “We are excited to see more transactions happening on our app as more users are liking posts, following each other, and making voice calls. We will keep on building so that we grow into a global knowledge-sharing platform where users can connect with people all over the world and be rewarded for their valuable contribution. Our goal is to reach 1 million users by the end of June.