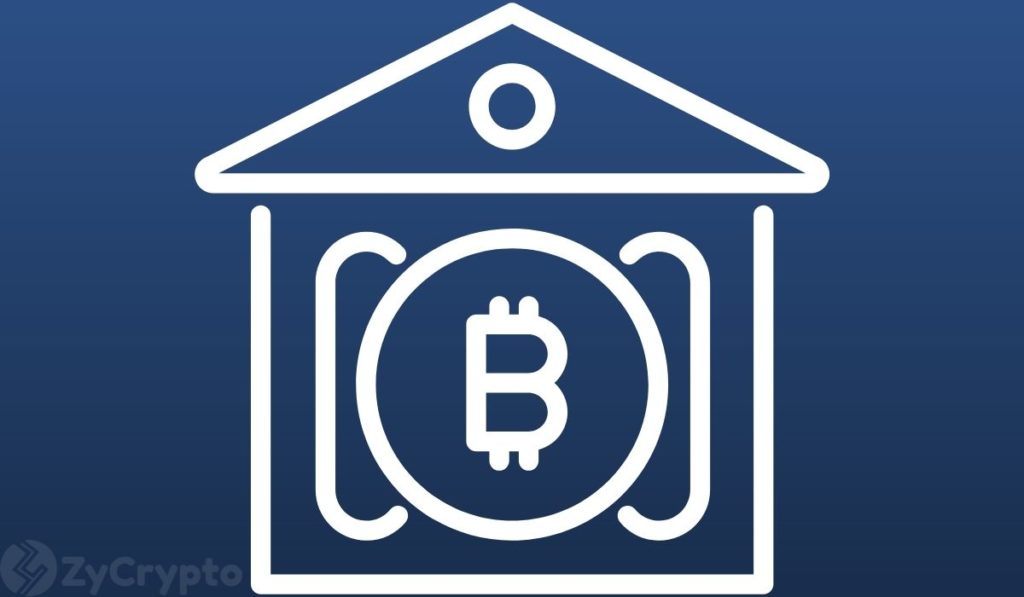 Wall Street banks are about to curve under employee pressure to start supporting Bitcoin. First off, Bitcoin has largely outperformed most other investment assets like stocks and gold, and this happened despite the numerous resources employed by Bitcoin opponents to stifle its growth and popularity. A lot of banks like JPMorgan Chase hasn’t been very welcoming of BTC.

Now, with Bitcoin putting on a seemingly undefeatable outlook, banks and other corporations that previously were opposed to it are scrambling to benefit from it. The fact that big investment funds like Grayscale are aggressively accumulating top cryptos is a clear pointer that Bitcoin has already gone mainstream.

The Bitcoin Bus Is Moving

The increasing popularity and acceptance of BTC across the world have left banks in a state of confusion, and now they have to clamor to get on board before it’s too late.

For one, Bitcoin has found admiration among investors, corporations, and fintech startups fueling competition in the banking industry.

As such, banks that do not accommodate Bitcoin risk losing both investors and the market competition. They certainly don’t want to wait for Bitcoin to get more expensive.

There Will Be Demand For BTC

One factor that has kept banks from accommodating BTC has been its relatively low demand among investors dealing with banks. Now that has changed and the crypto’s value is rising. With this, the demand is expected to increase steadily over time, especially considering that Bitcoin’s supply is fixed and the number of unmined coins reduces every day as miners do their job.

As demand rises, the price also increases. This has already been seen when Grayscale started accumulating BTC on a large scale.

With the entry of more entities with big money, this demand is bound to skyrocket, taking the price along with it. According to the co-president of JP Morgan Daniel Pinto, it will take an increase in demand to attract banks into the Bitcoin business, and judging from the current market events, that’s already happening.

Even more interesting is the fact that bank employees in Wall Street are now demanding their pay in BTC. Select banks are now seeking ways to address this issue.

The latest bank to act on it is Goldman Sachs when it hosted a forum for its employees with Mike Novogratz. Mike is the founder and CEO of Galaxy Digital, a crypto-focused investment firm.