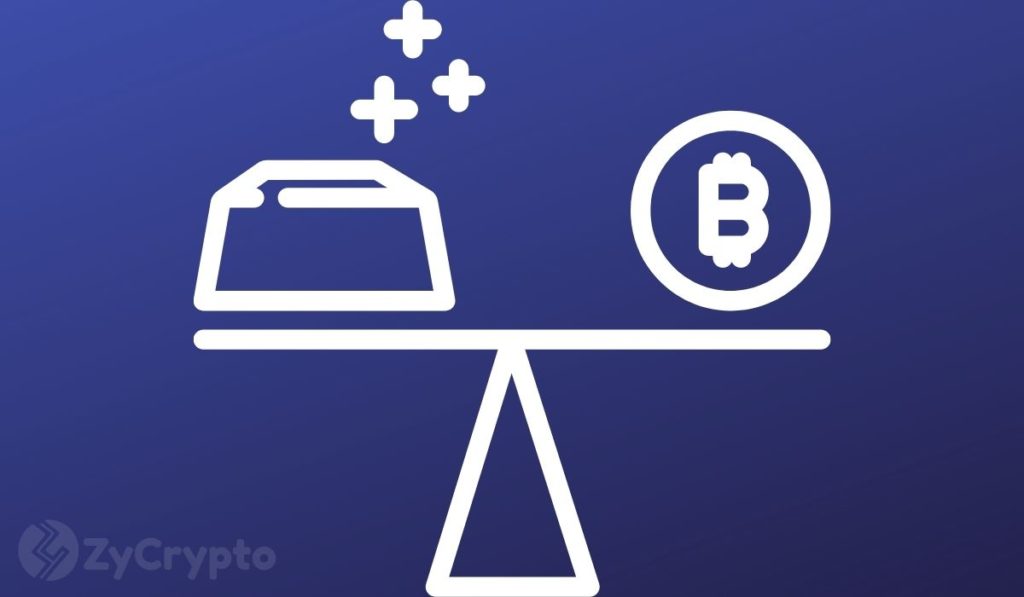 As the debate continues on which of Bitcoin and gold is the preferred store of value, online data reveals that the interest in buying Bitcoin is growing very fast. According to Canadian crypto exchange CoinSmart, the interest in Bitcoin has more than doubled that of gold.

This corresponds with data from Google Trends which shows clearly that the interest in Bitcoin was just recent as gold has been the preferred store of value for a long time. The spike in the interest rate only happened in January 2021, coinciding with the rise in the Bitcoin price that took it to the new all-time high of over $41k.

Bitcoin has attracted the attention of investors from outside the industry. The interest is driven mostly by Bitcoin’s increasing value which makes many consider it as a hedge against inflation. This has become important as the U.S Dollar which used to be the reserve currency of the world continues to depreciate due to inflation.

It has also been referred to as digital gold because of this use case and is becoming preferred because of a number of factors. One of these factors is the ability to carry it across borders easily unlike gold which requires a lot of space to carry and convey. Bitcoin also doesn’t just store value but also boosts the worth.

In 2020, Bitcoin’s value went up over 300%. In contrast, gold price closed the year with a change of -0.03. Although analysts predicted that the price will go up again in January 2021, its performance is still far below that of Bitcoin so far this year.

It could be on the basis of this performance that JPMorgan’s strategists stated gold will suffer for years as Bitcoin continues to grow. The bank stated that investor adoption of the cryptocurrency has just started even though billions of USD of corporate money is invested in the digital asset. Several surveys have shown that millennials prefer Bitcoin as an investment over gold, so the trend may indeed continue into the future as more people invest in it and much fewer investors hold gold.