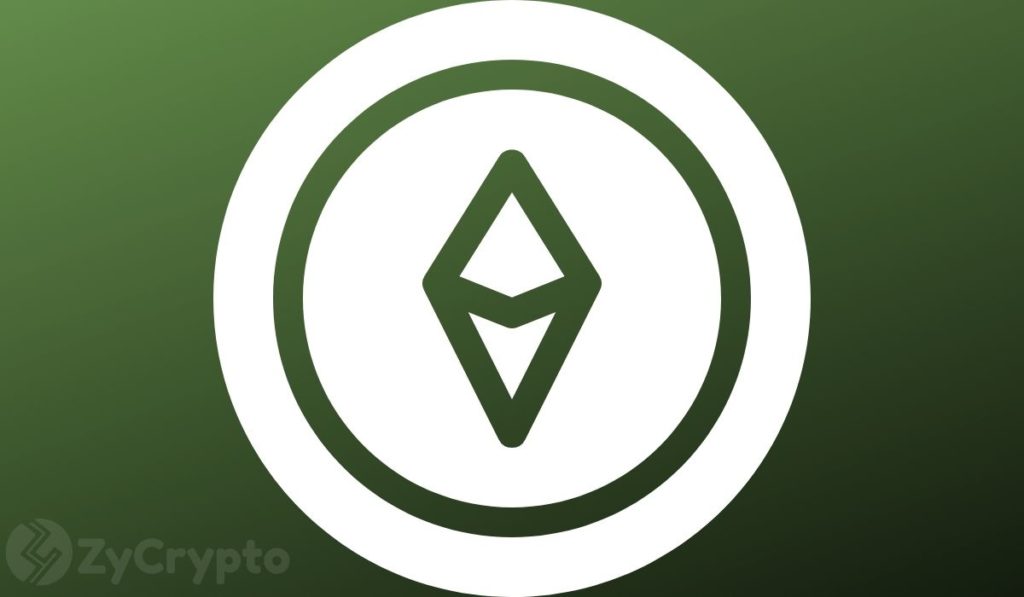 Ethereum, the world’s second-largest cryptocurrency by market capitalization, has been blossoming with decentralized finance, better known as DeFi, and some market pundits believe the cryptocurrency could see further upside after recently hitting a new lifetime high.

Only four weeks after bitcoin (BTC) crossed past its old record high registered back in December 2017, the price of ethereum clocked a new all-time high on Tuesday. The cryptocurrency rallied past $1,400 after breaking out of a week-long consolidation period.

Now, the second-biggest crypto could advance further to make a new all-time high of $10,500. Grider’s target is based on the popularized DeFi sector that makes it possible for people to lend and borrow without the complexities of a third party. DeFi, in particular, makes a very strong case for the real-world utility of the ethereum blockchain.

The strategist noted that “blockchain computing may be the future of the cloud.” He added that the ethereum cryptocurrency is currently “the best risk/reward investment play in crypto”.

The ethereum 2.0 network upgrade adds credence to the optimistic outlook. The blockchain recently transitioned smoothly to a Proof-of-Stake (PoS) consensus algorithm, an upgrade that promises high scalability and the ability to process awe-inspiring transactions just like card payment giants such as Mastercard and Visa, Grider observed.

The Beacon Chain went live early last month after months of delays. It should be noted that the launch set the stage for more transitions in the future that are aimed at making ethereum a blockchain network capable of supporting a new financial system. Grider believes that any delays to the forthcoming network upgrades could deal a heavy blow to the price of ethereum. Additionally, a crypto bear market could also pose a risk to his ETH rally forecast.

What’s Next For Ethereum In The Short-term?

Ether has enjoyed a spectacular bull rally over the past couple of months. Its price rose from $305 lows in August 2020 to recently testing $1,437.

The price of ETH has, nevertheless, slipped since breaking records on Tuesday. The cryptocurrency is trading at $1,318.51 at press time, down 4.60% on the day.

ETH’s price trajectory in the short-term is largely dependent on the performance of the flagship cryptocurrency. This means that if BTC tumbles below the key $34K level, ETH and other altcoins may suffer a huge pullback. Similarly, if BTC recovers and soars to new highs, then ether and the altcoin market, in general, will likely start a fresh increase.

Regardless, Fundstrat’s David Grider is confident that the world’s biggest altcoin is primed for massive gains in the course of 2021.