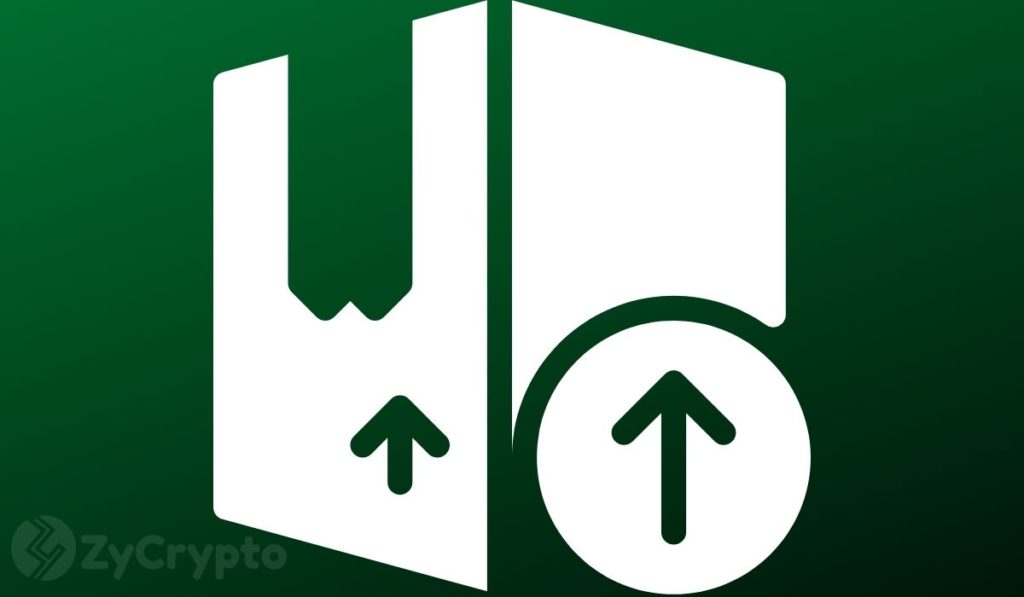 Institutional investors now prefer Bitcoin over gold, according to a recently published research note by financial analysts at JP Morgan.

The analysts observed that throughout October, Grayscale, the biggest digital assets manager recorded cumulative inflows on its Bitcoin trust. Meanwhile, gold ETFs had “modest inflows” since mid-October, which coincides with the start of the ongoing BTC price rally.

This contrast, according to the analysts is a hint that many institutional investors who previously preferred investments in gold ETFs have shifted to Bitcoin as an alternative to gold.

Both Retail and Institutional Investors Driving Up Demand for BTC

Due to the high demand for BTC from both retail and institutional investors, the result has been an increased demand for Grayscale’s Bitcoin Trust. The latest data by Grayscale shows that Net Assets under management has risen to $9.1 billion with the Bitcoin Trust accounting for $7.65 billion.

The analysts added that this trend has potential positive long-term effects for Bitcoin as a store of value. If Bitcoin is able to continue the fierce competition, this will further establish its recognition as an alternative currency to gold.

However, Bitcoin’s market cap, which is still significantly lower than gold would have to rise as high as ten times from its current $279 billion to level up with its key competitors in the private sector such as gold ETFs, bars, and coins.

BTC’s price surge has been driven by a lot of corporate endorsements that started to show in July and August and topped by Square and PayPal’s support for crypto trading and payments.

The analysts however argued that Bitcoin is reaching an overbought price level which could trigger a pullback in the short-term. Other analysts on Twitter have expressed similar sentiments especially with the breaking news of a 90% effective Coronavirus vaccine.

Bitcoin’s price is up 0.25% at $15,265 and falling at the time of press. According to analyst Centering Clark, some of the temporary BTC investors might trigger volatility when they exit the crypto market in favor of stocks, which stand to benefit from positive vaccine news.

“This volatility is just fast money finds that play $BTC as s higher beta $GOLD dumping on vaccine news. The players that enter on behalf of the long-term thesis for Bitcoin are not changing their positions.”