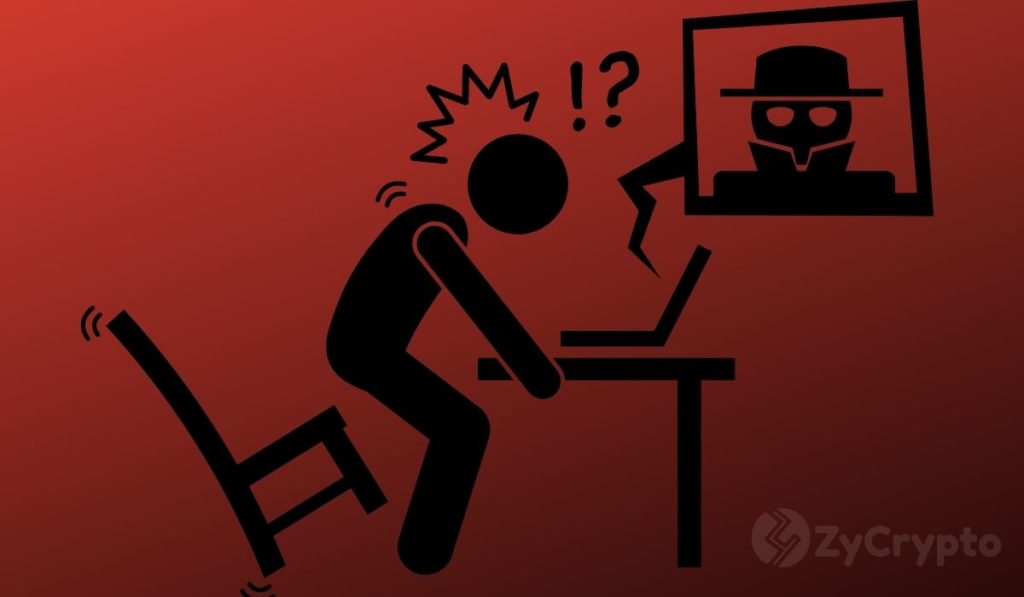 Crypto scams have been at the forefront of the cryptocurrency scene for the longest time and this year was not an exception. Back in 2017, after the major Bitcoin sell-off that preceded the new year, cryptocurrency malware scams became increasingly common.

Over the last three years, these scams began to die down as more advanced scams were unveiled into the industry, most of these were social media advertisement scams, although they are still increasingly popular, malware scams have found their way back into the cryptocurrency scene as a new scam has tricked one unlucky user into sending $79,480.

Malware Scams are far from over

As spotted by popular cryptocurrency Whalebot, a Bitcoin user has mistakenly sent 7.011 Bitcoin ($79,480).  As recorded by Whalebot, the malware account has been active since July 2019 and the status for the recent transactions has been confirmed and approved.

Whalebot noted that “A very successful malware scam that has managed to steal 1,400 BTC from one victim alone. Malware infects your computer and can cause enormous amounts of damage. The most common form of malware will change any payment address you try to copy and paste into an address owned by its creator. Other forms of malware include hidden miners, spyware and ransomware.”

Cryptocurrency Scams are still on the rise

Although “sextortionist” scams were some of the most popular scams back then, other malware scams have since returned. Meanwhile, the most popular cryptocurrency scams this year were social media ad scams.

The Covid-19 pandemic has also been a useful instrument in the hands of hackers who now prey on unsuspecting cryptocurrency users, promising them of stay at home opportunities, investment openings, and Covid-19 treatment funds, all of which pop up in form of social media advertisement and emails, promising receipts and viewers of a huge amount of cryptocurrencies.

At press time, many cryptocurrency users have confirmed that YouTube scams are still very much present. Back in July, the CEO of Binance Changpeng Zhao was featured in a YouTube Bitcoin scam. Similarly, fraudsters have used Elon Musk’s company’s names to carry out multiple cryptocurrency scams. As of July, a total of 214 Bitcoins (and counting), were reportedly paid into the scammers’ account.

Even though some cryptocurrency scams follow a similar pattern, it is important to note that scammers are continually advancing with their scam tactics. Extremely swift patterns are constantly being implemented and as Bitcoin continues to advance, it is certain that millions of cryptocurrencies will still be lost to scammers.