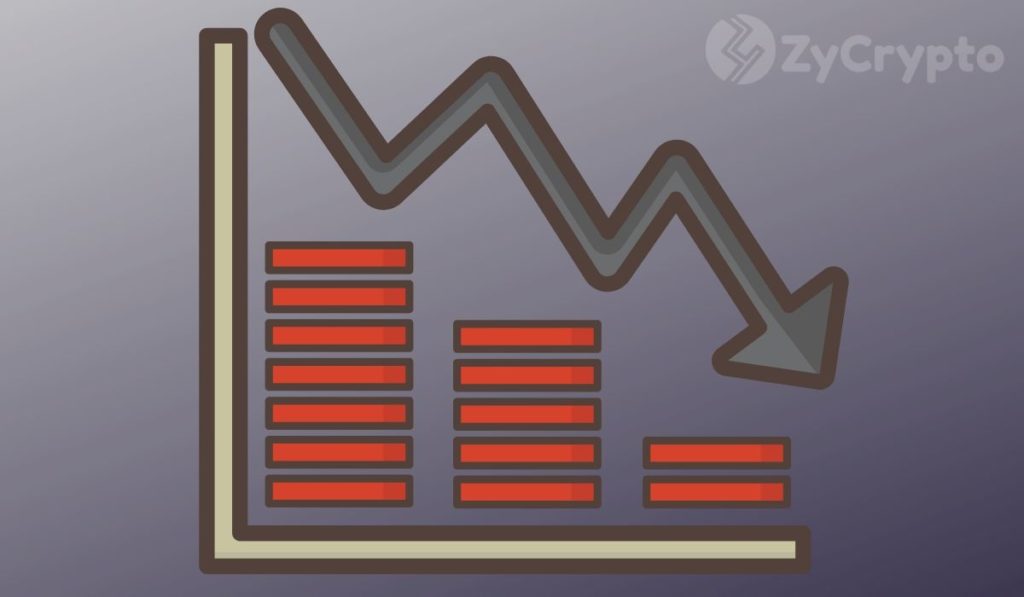 The term miner capitulation has been repeated over and over again for the past few weeks. According to Cole Garner, cryptocurrency analyst, miner capitulation happens when ‘Small miners get backed into a corner when $BTC price is low & the generation of mining hardware they use becomes obsolete.’

This means that miners are forced to sell their ‘earned’ Bitcoin gradually and eventually all at once crashing the price of Bitcoin. Cole also stated that the hashrate could recover before the actual capitulation, however, it’s not looking good at the moment. Cole also mentions the fact that if Bitcoin capitulates, the rest of the altcoins are going to dump hard.

What Analysts Are Saying

Willy Woo, a popular cryptocurrency analyst has recently said that Bitcoin could drop around 71% which would put Bitcoin at around $4,500 before the Halving.

Woo also mentions the fact that Bitcoin is in Bearish price action going into the halving.

NEVER gone into a halvening in BEARISH price action, miners already capitulating adding sell volume. Historically we front run with a BULLISH setup, miner capitulating only after halvening when revenues are slashed. This is a unique setup. Quite bearish leading up to the event.

Woo states that historically, Bitcoin has a bullish setup before the halvings and that this time it’s going to be different. Woo mentions the huge selling pressure Bitcoin is currently facing.

Hash Ribbons are trading indicators for the hashrate of Bitcoin. The last time the Hash Ribbons inverted, Bitcoin went from $6,000 down to $3,000 almost instantaneously. This could be a mini-capitulation, similar to the ones that happened in 2012 and 2016 when the inverted Hash Ribbons only led to Bitcoin dropping around 10% in price.

Miners and the Effect on Bitcoin’s Price

There has always been a discussion about miners and their influence on Bitcoin’s price, at the end of the day, miners are spending tons of energy in order to mine Bitcoin and they need to trade their Bitcoin to keep operating. There is definitely a relationship between the mining energy costs and Bitcoin’s price.

However, it’s far more complicated than that, Bitcoin mining efficiency has increased drastically over the last few years which means the break-even price for Bitcoin miners slides. This would normally result in Bitcoin’s price going down but that hasn’t been the case. The reason for this is the mining difficulty of Bitcoin which keeps increasing. Bitcoin halvings also had a huge impact on this.

It’s clear that miners do influence Bitcoin’s price but we still don’t know exactly how much or how.

Do you think Bitcoin miners will perform a massive sell-off crashing the price of Bitcoin?

The post Bitcoin Mining Capitulation Could Drop The Digital Asset’s Price Below $5,000 appeared first on ZyCrypto.