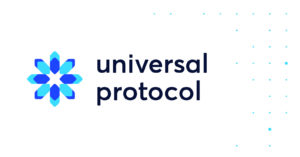 One of the central use cases of blockchain technology is in facilitating multi-party transactions. So, it seems almost ironic that interoperability is turning into one of the biggest challenges hampering progress.

According to a 2018 Deloitte report, there were over 6,500 active but separate blockchain projects on Github. They use various platforms, programming languages, security, and consensus methods, and many operate their own token.

Furthermore, many of them serve similar purposes. You’ve got the pure cryptocurrencies – Bitcoin, Bitcoin Cash, Dash, Dogecoin, and others. There are also many smart contract platforms, including Ethereum, EOS, Tron, Zilliqa, ICON, and Waves, to name a few. In many cases, competition is fierce and highly tribal.

As each new project launches, it seems it has less and less of a chance of competing for users and developers in an environment where there are so many players. Furthermore, as many of these projects are standalone, you can’t even exchange tokens easily between the different blockchains. Bitcoin and Bitcoin Cash are based on many of the same underlying protocols, yet you’ll need to use an exchange platform if you’re hoping to swap one for the other.

Just about every new blockchain that enters the market has claimed to have solved the scalability challenge, to the point that doing so is no longer likely to provide a competitive edge. Can interoperability become the next big differentiator?

It seems a sea change could be on the horizon. Recently, news emerged that the Bitcoin.com exchange will provide an initial listing for the Universal Protocol Token (UPT,) which is backed by the Universal Protocol Alliance. The Alliance is formed by some major blockchain organizations including Cred, Bittrex Global, OmiseGO, Blockchain at Berkeley, and others.

UPT is an interoperable token enabling users to interact seamlessly with multiple cryptocurrencies and platforms. Along with the token itself, Bitcoin.com will also list various stablecoins issued under the Universal Protocol, including the Universal Dollar (UPUSD,) Universal Euro (UPEUR,) and an ERC-20 version of Bitcoin, called UPBTC.

Each member organization will also integrate UPT to their own businesses, providing further interoperability.

The Universal Protocol Alliance plans for its tokens to be used as proxies. Recently, the Alliance demonstrated a payment solution named Cred Merchant Solutions, which can be used by vendors. California officials were able to purchase goods at a vendor using Bitcoin Cash, with the taxes on goods transmitted automatically to state authorities in UPUSD. This solution demonstrates how interoperability can overcome just one significant barrier to the adoption of cryptocurrencies, namely, tax collection by governments.

Since the ICO bubble blew up, there have been many comparisons drawn between blockchain and the dotcom era. Even though the ICO hype has died, the current blockchain landscape looks more like the dotcom bubble than ever.

Thousands of smaller operators fell off the map when the dotcom bubble burst, leaving the entire space to become dominated by just a few big players like Amazon, Google, Microsoft, and Facebook. Most experts agree that such dominance isn’t a good thing, given our dependence on these companies and their control over our personal data.

If blockchain follows along on a similar path, then there’s a risk that history will repeat itself. There are already signs of a few big players starting to dominate the space. Binance is a great example. Having cornered the crypto-to-crypto exchange market, it’s gone on to pioneer the IEO, roll out lending services, enter the derivatives markets, and now also offers fiat on-ramping in many jurisdictions. Added to that, it now has its own blockchain token.

However, neither the Binance blockchain nor any of its centralized services, are more interoperable than any of the competition.

Binance is just one example, but it illustrates that if we want the current thriving landscape to continue, interoperability is a must. The Universal Protocol Alliance is a sterling example of projects coming together for the greater good of the ecosystem – accelerating adoption while creating a competitive edge for the companies involved and helping to avert the monopoly risk.

The Alliance isn’t the only one of its kind. For example, there are over 250 high-profile collaborators involved in the Hyperledger project, which aims to advance cross-industry blockchain technologies. There are also several smaller groups, such as the Blockchain Interoperability Alliance formed by ICON, WAN, and AION. However, the Universal Protocol Alliances appears to be among the first to market with an interoperable token protocol.

Scalability may be today’s big challenge for blockchain, but interoperability will be the hurdle of tomorrow. If blockchain projects continue to adopt a competitive, standalone approach, there’s a risk of redundancy. If smaller operators fall away, it will leave the market wide open for big players like Binance to become the Google of the blockchain space. If the Universal Protocol Alliance can achieve success with its token initiative, hopefully, it will inspire others to follow.

The post The Universal Protocol Alliance Lists Its Token on Bitcoin.com’s Exchange In Its Quest for Blockchain Interoperability appeared first on ZyCrypto.