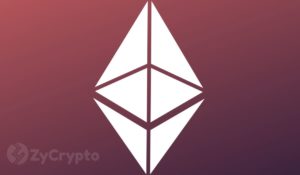 Ether is the second-largest cryptocurrency in terms of total market capitalization. Ethereum, the platform on which ETH runs, was founded by Vitalik Buterin in 2014 and went live back in July 2015.

Since then, the open-source platform has seen many developers joining its community. However, according to one crypto fan going by the twitter handle “grubles,” the Ethereum network is now headed for hard times.

In a tweet, grubles argued that of late, many developers and projects have migrated from Ethereum to other platforms, signaling a somewhat negative sentiment towards the platform. He went on to opine that the platform may soon face its doom.

“I think Ethereum fans know Ethereum, the platform, is mostly doomed; with projects waking up and migrating to other platforms fairly frequently now.”

Going on, the twitter user suggested that the current efforts by the Ethereum community to front ETH as money is actually an effort to keep the crypto afloat even as the developer network itself goes underground. In grubles’ view, the “ETH is money” campaign has been intensifying on social networks.

Tuur Demeester, founding partner at Adamant Capital also agreed on this position. Tuur recently said Ethereum is becoming more centralized and lacks credibility. In his view, ethereum is just an ‘experiment’ and is slowly losing its market share to other platforms.

While grubles may be right to point out that some projects have ditched the Ethereum network, some other people may not hold his opinion. In fact, many twitter users and crypto fans came out to express their disagreements with grubles’ point of view.  According to some, grubles’ tweet was tantamount to spreading FUD (Fear, Uncertainty, and Doubt).

Another user claimed that, in fact, the Ethereum network is actually getting better. He named a few popular entities like Santander, IBM, and Microsoft that have joined the platform.

According to another user, this is actually the best time to buy in. In a comment, the user said that the persistent spreading of the anti-Ethereum sentiments may turn out to be bullish.

The post With Major Projects Ditching It, Naysayers Say the Ethereum Platform Could Soon Be “Doomed” appeared first on ZyCrypto.