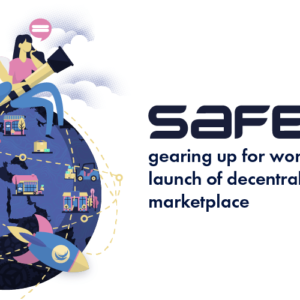 Safex, a leading e-commerce platform is set to roll out new updates to its native blockchain network, to enable users to conduct P2P trading, buy and sell products in a more secure manner on its marketplace. The mainnet has been in the works for over two years and it’s now scheduled to go live by the end of 2019.

Powered by a privacy-centric blockchain, the Safex decentralized digital marketplace will provide users with a safe, secure and private arena to buy and sell goods and services without any form of third-party interference.

The primary objective of the Safex platform is to enable users to experience a truly decentralized, open and borderless e-commerce ecosystem, in the true spirit of blockchain technology.

Built upon the same principles of privacy, security, and control that govern Bitcoin, the Safex team has been hard at work building its privacy-centric distributed ledger to protect people’s details and promote the mass adoption of P2P trading.

Safex is designed as a 2-coin system, and it has all it takes to power a world-scale marketplace powered by a unique smart contract.

Safex will provide users with its native marketplace app, tools, and APIs that will enable other platforms to adopt and integrate it into their system.

Thanks to its decentralized nature, the entire Safex ecosystem is made up of just the protocol, buyers and sellers.

While centralized marketplaces are prone to security breaches that often result in a loss of millions of dollars, the no single point of failure that comes with DLT eliminates this menace for Safex users.

What’s more, Safex offers users more transparency, lower fees, and above all, it does not collect their personal data.

The Safex platform is powered by two of its native altcoins, Safex Cash (SFX) and Safex Token (SFT).

SFX is a minable privacy-centric coin that can be used to shop on Safex. SFXstores the entire MP data and transactions and it’s also used to pay fees on the blockchain.

SFT, on the other hand, is the utility token of the Safex platform. It functions as a real store of value. It performs a vast array of functions, including buying and selling on Safex.

Users will also be able to hold and lock their SFT, to enable them to share the revenue of Safex.

Notably, SFX and SFT tokens are now supported on the Xcalibra crypto exchange.

The post Safex Set to Launch Public Beta of its Decentralized Marketplace appeared first on ZyCrypto.